Al Gergawi: Individual decisions are behind Sharjah’s absence from the Arab Basketball Championship 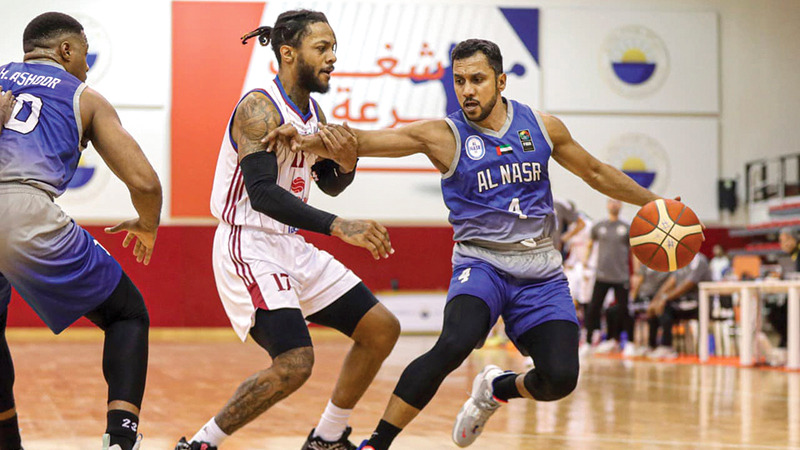 The head of the UAE and Arab Basketball Federations, Major General Ismail Al Gergawi, confirmed that individual decisions were behind the absence of the state representative from the Arab Championship for Men’s Clubs, which will be held in Kuwait during the period from the fifth to the 15th of next October, and the draw for its 34th edition was held yesterday, with record participation. It reached 16 teams.

Al-Gergawi told “Emirates Today”, “The response of the collective games management in the Sharjah Club to the wishes of the basketball team coach, and the inability to persuade any other club to participate, was behind the absence of the state representative from the tournament.”

He added: “Despite obtaining a preliminary approval from the Department of Collective Games at the Sharjah Club, the management responded to the coach’s desire, and his preference not to participate under the pretext that he is running his first season with (the King), and that he still needs more time so that the team can reach harmony. What is required, in addition to the players adapting to his coaching idea.”

He explained that «Egyptian coach Ahmed Omar is no stranger to the Emirates basket, as the Sharjah team is his fifth station with the state clubs, after he had previously trained youth clubs (previously), Al Wasl, Al Nasr, and the last of which was Al Ahly youth last season, and achieved titles and achievements. Local and external, and therefore he has sufficient knowledge of Sharjah players, especially the international ones he has faced in previous seasons, and I do not think that he needs a long time to reach the required harmony, as much as he prefers to search for local titles, and avoid strong confrontations imposed by Arab championships, which have finally become the focus of Interest in most Arab clubs in Asia and Africa.

He continued: “The great diversity that the Kuwait Championship is witnessing in a geographical map extending throughout our Arab world, with the presence of Al-Ahly of Egypt, the defending champion, and his compatriot Al-Ittihad of Alexandria, Al-Sadd and Al-Gharafa from Qatar, Beirut and Al-Riyadi from Lebanon, the Syrian people of Aleppo, the Yemeni port, and the Libyan people of Benghazi, The Iraqi Tigris, in addition to the presence of the Omani Al-Bashaer, the Algerian Wydad Boufarik, the Bahraini Al-Ahly, and three of the host country clubs, namely Kuwait Al-Kuwaiti, Al-Jahra and Kazma, reflects the extent to which these clubs are keen to achieve maximum benefit, because strong friction is the way and measure of the extent of the development of the game, while sufficiency With local competition, it does not serve the development of the game.”

He continued, “The Basketball Association is keen to encourage clubs to benefit from external participations, but Sharjah’s apology, and the association of Al-Ahly’s youth with the eligibility of the Asian qualifiers, made it difficult to find a club that represents the country in the tournament.”

He concluded: “Despite the disappointment in the absence of a state representative from the men’s championship, the Sharjah Women’s Club is credited with its presence in the 23rd Arab Clubs Championship for Women, organized by the Tunisian Al-Amal Tribal Club between 20 and 29 this month.”

Today, the quarter-finals of the Federation Cup competition, the first basketball competitions for the men’s stage, will start with four matches. guest of victory. The qualification of the eight teams to the quarter-finals came by participating in the preliminary round since the eighth of this month, and its results resulted in the full mark of the teams of Sharjah and Al Wasl for their first and second groups, with six points, one point ahead of Al-Nasr and Al-Ahly youth, who came in the second place of the two groups, and the solutions of Al-Wahda Jam Academy is in third place with four points, and Al Dhafra and Al Bataeh teams are at the bottom of their groups, with a score unwinnable.