Al Habtoor: We are keen to take the Al Habtoor Women’s Tennis Championship to the fore in sporting events 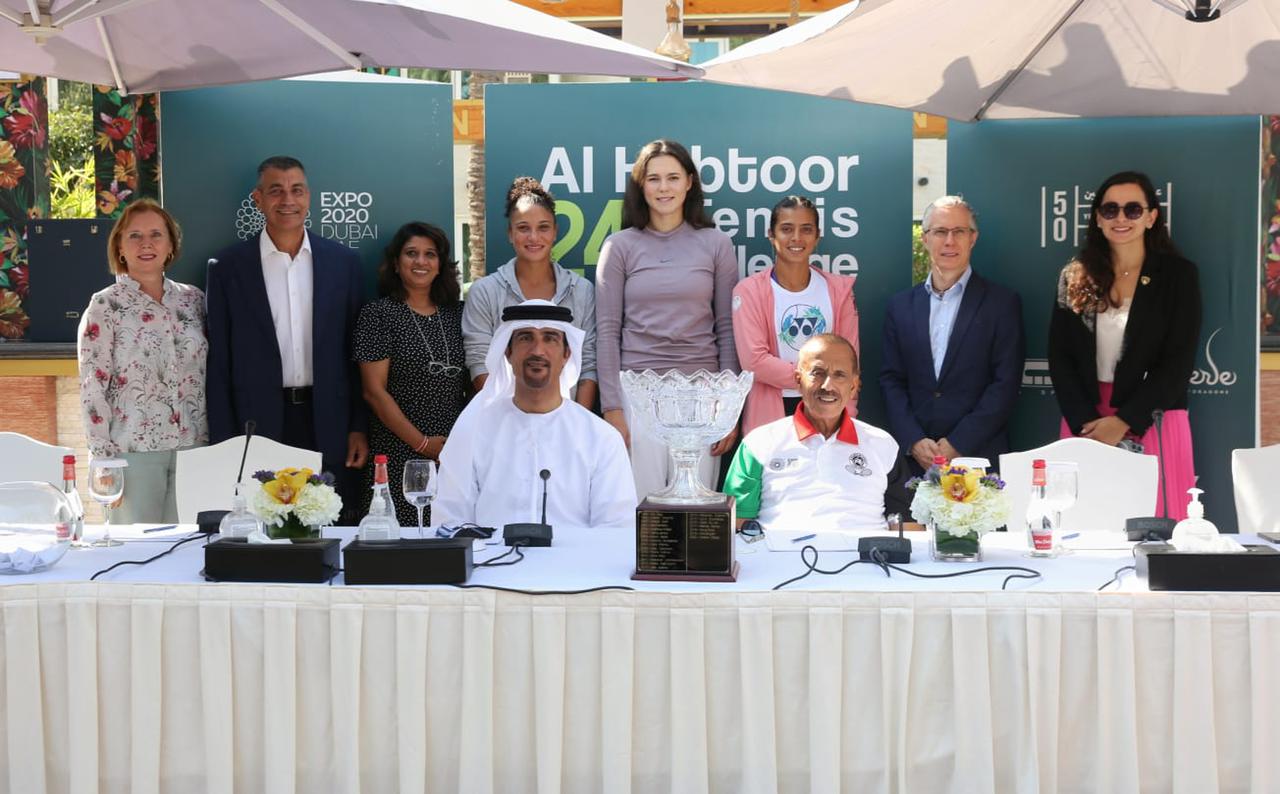 The Chairman of Al Habtoor Group, businessman Khalaf Al Habtoor, announced that the group seeks, by hosting the International Women’s Tennis Championships, to directly affect human health and give him positive energy in work and life together.

Al Habtoor said that the media have contributed during the past 24 years to supporting the tournament and making it a success, with the testimony of the UAE and international federations.

This came in a press conference held by the Organizing Committee of the 24th Al Habtoor International Women’s Tennis Championship at the Al Habtoor Grand Hotel & Resort & Spa in Jumeirah, in the presence of Nasser Al Marzouqi, Secretary General of the Emirates Tennis Federation, the International Delegate of the International Federation of India, Sheetal Iyar, Noura Badawi, the tournament director, the Egyptian Sandra Samir, the Russian Natalia Vikhlintseva, the Indian Anekta Rina and the media.

Al Habtoor stressed the group’s keenness, in cooperation with the UAE and international federations, to continue the championship and fly it at the forefront of sporting events in the world and achieve double successes that keep pace with the sports development witnessed by the United Arab Emirates, noting that Dubai is hosting Expo 2020 and the tourism momentum that occurred during the World Exhibition period.

Al Habtoor revealed the successes achieved by the tournament during the pandemic period, stressing that it inspired many similar events to return, as it gave confidence and the opportunity for the players to practice activity again.

For his part, the Secretary-General of the Federation, Nasser Al-Marzouqi, expressed his thanks and gratitude to the Al Habtoor Group, especially Khalaf Al Habtoor, the godfather of tennis, stressing the union’s keenness to make the tournament a success and conveying the greetings of His Highness Sheikh Hasher Maktoum Al Maktoum, President of the Emirates Tennis Federation, to the attendees.

The tournament’s draw was conducted, with prizes totaling 100,000 US dollars, and more than 85 promising players who are striving to cross the bridge of universality and stardom from Dubai participated in it.

The draw for the tournament resulted in the first seed, Choi Zang, with India’s Anekta Rina, and the second-ranked Chinese, Fethi Deng, with one of the rising players from the qualifiers, while the Egyptian Sandra Samir will play with the eighth seed of Slovakia, Polona Herkog.

On the other hand, the main championship competitions will start in the evening period, while the morning period will be devoted to the completion of the qualifier matches to complete the contract of 32 teams. As for the local championships, which witness a wide participation of both genders and all age groups, they will be held on the sidelines of the main championship on a daily basis.