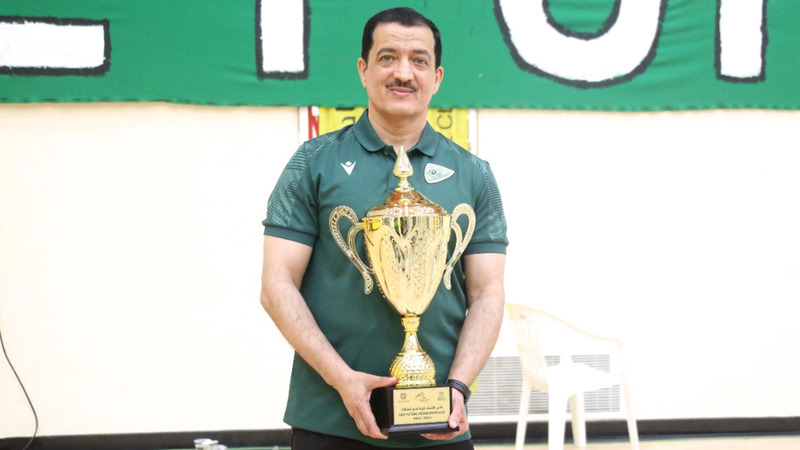 Khorfakkan Futsal Team coach, Anwar Al Hammadi, confirmed that the reasons for his team’s victory in the Futsal Federation Cup are the high technical returns provided by the players, the efforts of the club’s management, and the great public support.

He described the victory in the final match over Al-Bataeh as important, because it was achieved against one of the country’s strongest teams, noting that achieving a championship at the beginning of the season is important to complete participation in the upcoming tournaments.

Al-Hammadi told “Emirates Today”: “We look forward to the happiness of our fans, who we consider the number one player in the halls competitions. He also dedicated the victory to the soul of my father, Muhammad Al-Hammadi, who moved next to his Lord a few days ago.”

He said, “In every previous championship that Khorfakkan achieved, I would take the cup with me to my father at home, so that he would feel happy with us.”