Al Hammadi: Al Dhafra’s return to the “safe zone” is a matter of time 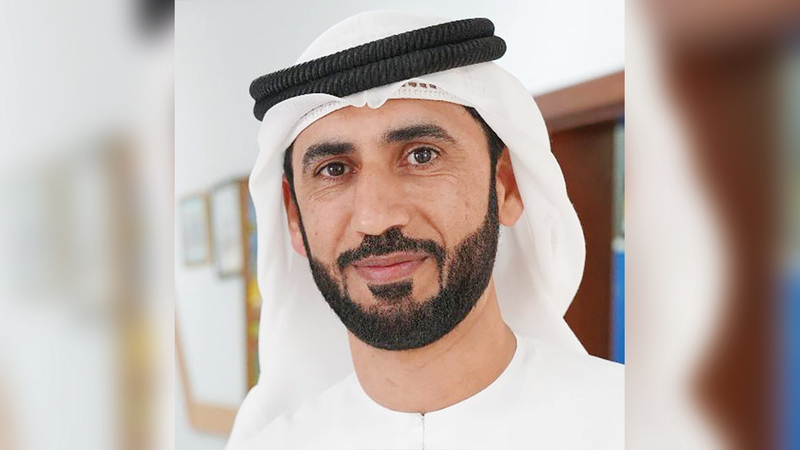 The supervisor of the first team at Al Dhafra Club, Hassan Al Hammadi, said that the team began to regain its balance in the ADNOC Professional League, and that it came out with many gains, after the important victory it achieved with two goals for a goal in the last 13 round at the expense of the Dibba Al Fujairah team, with whom it shares the suffering in the “bottom”. league this season.

This victory allowed Al Dhafra to advance slightly on the points level, as it raised its tally to seven points in the penultimate position, leaving the last place for Dibba with only four points.

Al-Hammadi told Emirates Today, “It is only a matter of time before Al Dhafra returns to the safe area in our league.”

He continued, “The victory over Dibba and leaving the last place gave a great and important incentive to all the Al Dhafra Club family, as the team set its foot on the right path to move forward towards the safe area.”

He added, “The match revealed the presence of important elements that were optimally invested, from distinguished players, as well as the desire of the players and the technical staff to prove their presence and take responsibility for providing the best performance and scoring goals so that the winning streak continues.”

He also said: “We will not measure the result of the match with Dibba, but rather we will invest in the data and gains it yielded, including the outstanding performance of the players, and their desire to win by citizens and foreigners. It also showed the importance of the changes that were made in the winter transfer period.”

And he continued: «We are pleased that all members of the system are looking forward to success and a return to the front, and this is the most important thing that the club and the football company’s managements bet on, and our confidence is high in the team, and we also realize that the misfortune that was inherent to him will leave him, and the team will return to shine in the coming period».

Al Dhafra separates a point from the 12th-placed Al-Nasr team, and six points from the 11th Al-Bataeh team.

Al Dhafra awaits difficult matches in the coming period, as it faces Al Nasr during the 14th round, and it will be a difficult match for both sides, in light of the improvement that occurred in their levels, as Al Nasr succeeded in a draw with Sharjah, and was ahead in the score, while Al Dhafra won against Dibba.

Al Dhafra avoided relegation at the end of last season, and does not want to repeat the same scenario, and seeks to improve its position and reach the middle of the standings during the coming period.

• Al Dhafra faces Al Nasr in a difficult match for both sides during the 14th round, especially since Al-Ameed is ahead of Al Dhafra by only one point.