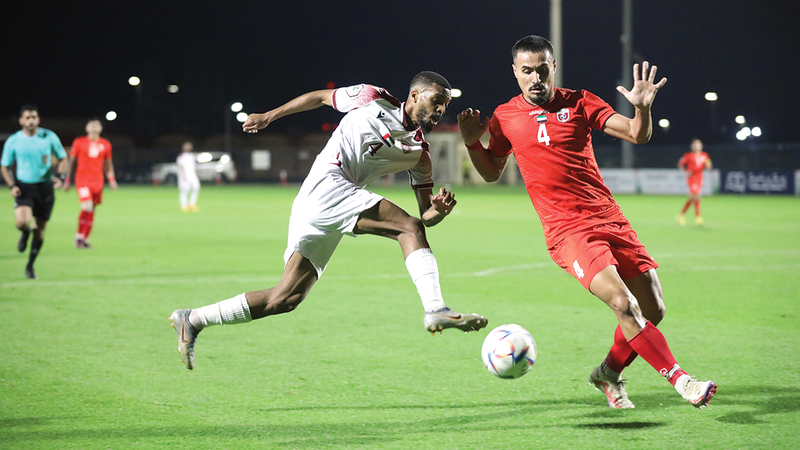 Yesterday, Al-Hamriya team achieved an exciting victory through “Remontada”, which is the most distinguished for it during its participation in the first division, when it overturned its delay (2-3) against Al-Jazira Al-Hamra in the 53rd minute to a deserved victory with a score (5-3) within the round. 16th in the First Division for amateur clubs.

Thus, the balance of Al-Hamriyah became fifth with 24 points, and the balance of Al-Jazira Al-Hamra froze at 27 points fourth. In another match, Hatta defeated its guest team, Knights of Hispania, with two clean goals, so that Hatta scored 33 points in second place in the league standings, which is the same balance for leaders Dibba Al-Hisn, while Knights of Hispania finally scored six points. The goals were scored by Hatta Abdullah Jassim in the 4th minute, and Moroccan Ayman Rachouk in the 12th minute.

In a third meeting, the Emirates team achieved a deserved victory over its guest, Al-Rams, with two goals to one, in a match that appeared at a good technical level. While he scored for the Mauritanian Rams, Hamid Al-Sheikh (76), and according to this result, the balance of the “Falcons” became 29 points in third place, and the balance of Rams froze at 14 points in the 15th place.

The match witnessed the expulsion of the “Falcons” player Costa in the 90th minute. In a fourth match, City managed to tie Al-Orouba without goals, bringing City’s balance to 13 points, and Al-Orouba to 20. The confrontations will continue tomorrow with four more matches, in which Baynouna will play with Masafi and Dibba. Al-Hosn with Masfout, Fujairah with Al-Dhaid, and Gulf FC with Al-Arabi.