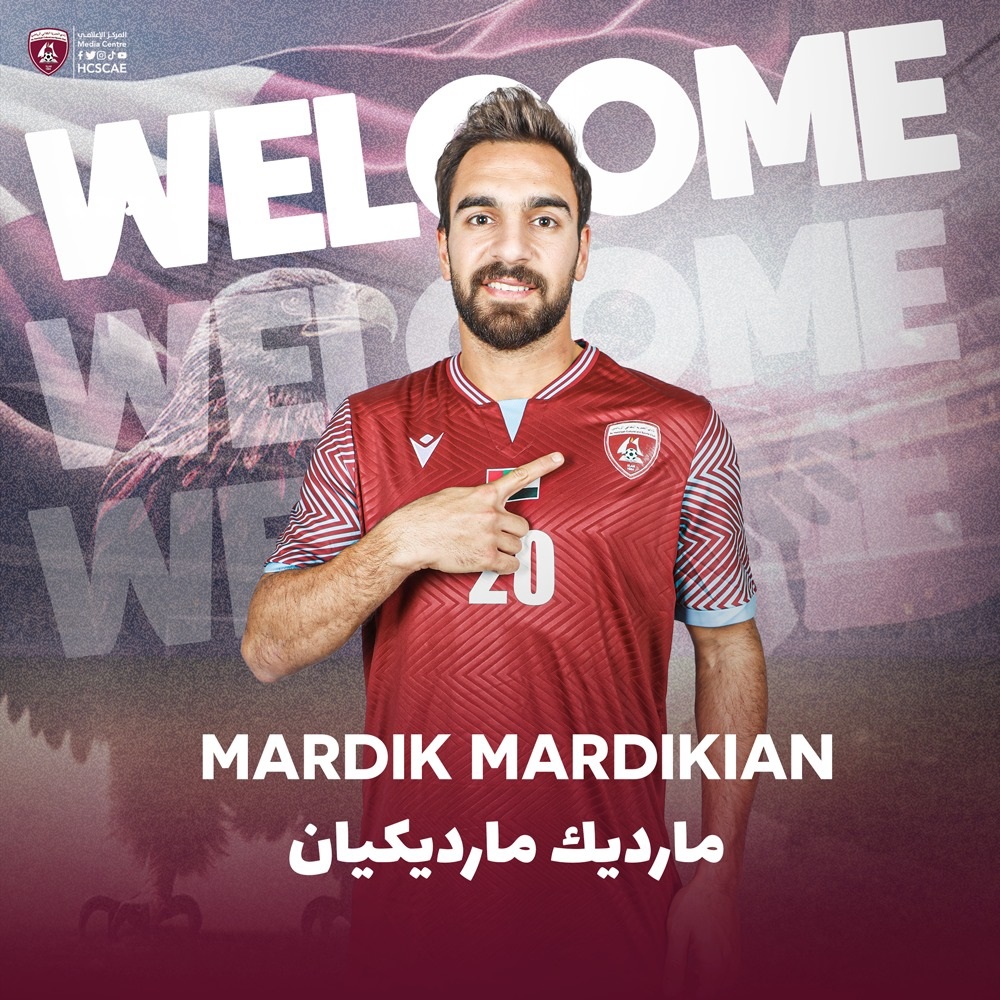 Al-Hamriyah Cultural and Sports Club announced its official contract with the Syrian international player, Mardik Mardikian, to represent the first team in the current season of the First Division League, in the winter transfer period, as a free player, after his contract with his former team, the Iraqi police, was terminated.

Mardikian expressed his happiness at joining Al-Hamriya Club, and thanked the club’s board of directors and the team’s technical staff.