Al-Haramain restores the distance between worshipers and pilgrims 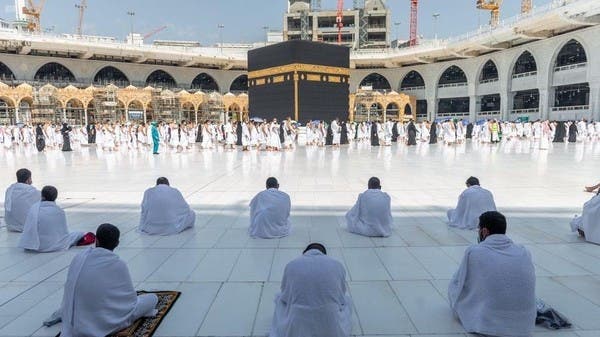 He explained that physical distancing will be applied between worshipers, redistribution of chapels, and distribution of pilgrims on virtual circumambulation paths, in order to achieve the application of precautionary measures; To preserve the health and safety of the occupants.

He also stressed the need for all visitors to the Two Holy Mosques and their workers to abide by the precautionary measures, by wearing masks, adhering to entry dates according to permits issued by approved applications, maintaining physical distance, and adhering to the instructions of the authorities operating in the Two Holy Mosques.

To this, Saudi Arabia re-imposed commitment to a number of preventive measures, foremost of which is wearing masks, and applying social distancing measures in all places (closed and open), activities and events, as of 7 am on Thursday, Jumada Al-Ula 26, 1443 AH, corresponding to December 30, 2021 AD.