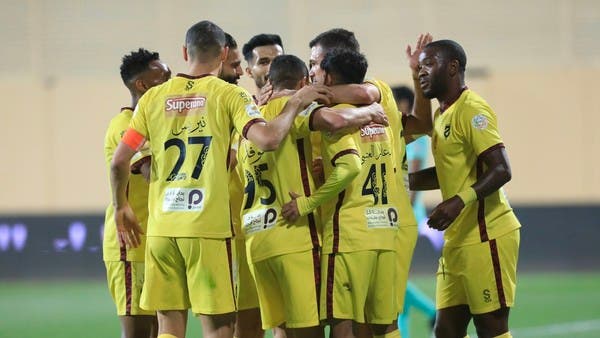 Al-Hazm defeated its guest Al-Fayhaa 3-1 in the 26th round of the Mohammed bin Salman Cup League, to achieve its fourth victory in 26 matches, but it remained at the bottom of the standings with 17 points, compared to 33 for Al-Fayhaa in sixth place.

The Al-Hazm hat-trick was scored by Thaaar Al-Otaibi with a close-range shot in the 17th minute, Nawfal Zerhouni in the 59th minute, and Luka Stojanovic in the sixth minute of stoppage time.

Macedonian international Alexander Trajkovski scored Al-Fayha’s only goal in the 45th minute with a header.