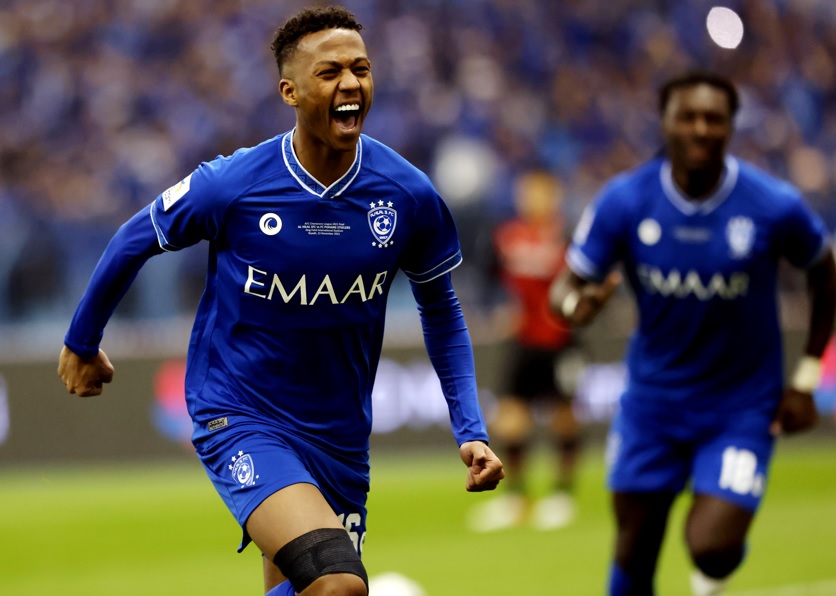 Nasser Al-Dosari (1) and Malian Moussa Mariga (63) scored the two goals of Al-Hilal, who regained the title he had won in 2019, and raised his yield to four titles after 1991 and 2000. Al Hilal broke up the partnership with the club that won the most continental title with its guest, Pohang, who won it in 1997, 1998 and 2009. Al-Dosari’s goal was considered the fastest in the history of the Asian finals, as it came in the first minute, and Abd Al-Hilal road to control the match after that.

Al-Hilal gave his guest only 20 seconds and opened the scoring through Al-Dosari after receiving a wrong ball in the middle of the guests’ court. He advanced before hitting it powerfully from a distance into the right scissors of Korean goalkeeper Lee Jun (1). At the beginning of the second half, Al Hilal searched for a second goal and was close to it with a powerful shot from Gomis that hit one of the defenders at the right moment (47), then the Brazilian Matthews Pereira hit a free kick that just crossed the crossbar (55).

Gu Yong led a quick counterattack that ended with a shot that passed along the post (58). Al Hilal responded with a coordinated attack that consolidated its progress with a second goal when Gomez passed a ball to Mariga, who was alone with goalkeeper Lee Jun and played it to his right (63).

✍️ Nasser Al Dawsari writes his name into the history books with the fastest goal ever in an #ACLFinal. #ACL2021 | #HILvPOH pic.twitter.com/p33DW2Icpp