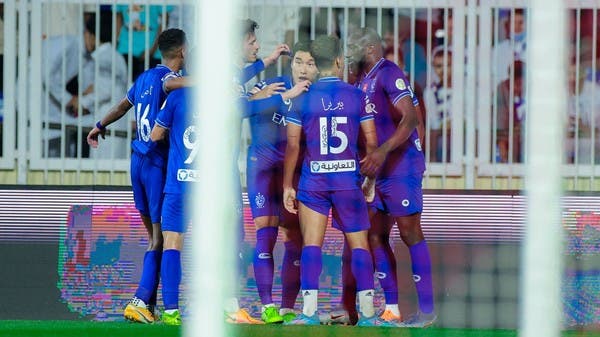 Al Hilal compensated for its two-time delay in front of its host Damak to win 4-2 and regain second place in the Mohammed bin Salman Professional League on Saturday.

Al Hilal almost lost for the second match in a row when it was delayed by a goal by Argentine Emilio Zelaya from a penalty kick, three minutes after the start, after goalkeeper Abdullah Al-Mayouf blocked striker Mansour Hamzi.

Musab Al-Juwair equalized for Al-Hilal with a superb shot from the edge of the penalty area in the 36th minute, but four minutes later Hamzi returned the lead to the hosts with a wonderful header.

Brazilian Mateos Pereira, the defending champion, returned the match with a shot from inside the penalty area in the 75th minute.

In the second minute of stoppage time, Saud Abdul Hamid sent its follower, Nigerian Odion Ighalo, with a header in the goal to make the score 4-2 for the defending champion.

Al-Hilal raised its score to 52 points from 25 matches, leaving it behind by eight points from the leaders Al-Ittihad, which played 26 matches.

On the other hand, Damak, who has not participated in any league match since last March, froze at 42 points in fifth place.