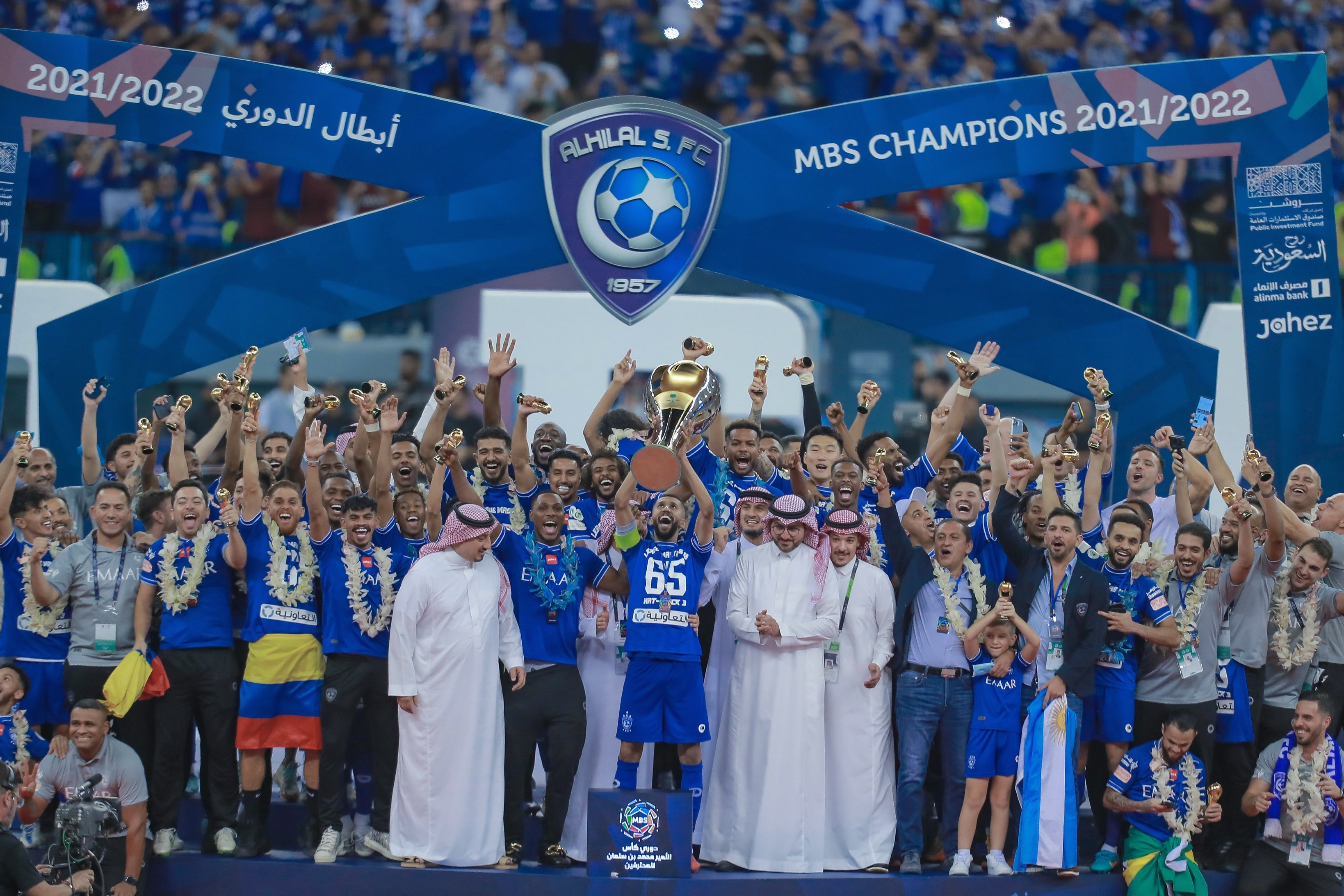 Al-Hilal was crowned champion of the Prince Mohammed bin Salman Football League with a 2-1 victory over Al-Faisaly, and its only rival, Al-Ittihad Jeddah, tied negatively with Al-Batin in the last 30 round of the competition.

And Al Hilal strengthened its record in the number of times to win the title, raising its balance to 18 titles in the competition, compared to 9 titles for Al Nasr, the second place on the list, and Al Ittihad’s balance froze at 8 titles..

Odion Ighalo scored Al Hilal’s two goals in the 7th and 64th minutes, and Clayson Vieira scored Al-Faisaly’s only goal in the 70th minute, to raise Al Hilal’s score to 67 points in the lead, two points ahead of Al Ittihad Jeddah, and Al Hilal crowned the title for the third consecutive season..