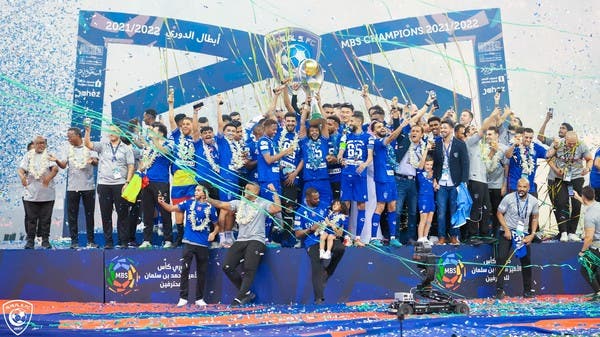 Al-Hilal retained the Saudi Professional League title after beating its guest Al-Faisaly 2-1 in an exciting end to the season on Monday.

Before the last round, Al Hilal tied Al Ittihad in points, with an advantage in the direct confrontation, so it needed victory to win its third title in a row and the fifth in six years.

Al-Hilal’s balance became 67 points, two points behind its rivals Al-Ittihad, who led the competition for a long time, but tied with Al-Batin without goals today.

Al Hilal started strongly, and Odion Ighalo scored the first goal after seven minutes, and the Nigerian striker added a goal in the 64th minute, and the two goals came after two crucial passes from the Brazilian Michel Delgado. Al-Faisaly reduced the difference thanks to a header from Claesson in the 70th minute.