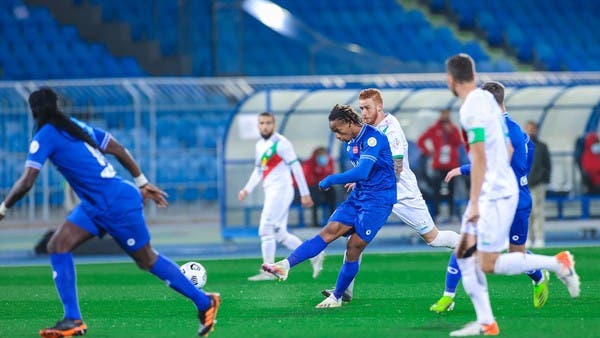 Al Hilal is looking to reduce the difference with the leaders Al Ittihad Jeddah and preserve its chances of competing in the Mohammed bin Salman Cup League when it meets Al-Ittifaq on Wednesday at Prince Mohammed bin Fahd Stadium in Dammam, in a match postponed from the twentieth stage of the Saudi Football League.

Al-Hilal, the defending champion in the last two seasons, has 52 points from 25 matches, compared to 61 by Al-Ittihad, which played more matches and has four matches left in the current version, while the thirteenth agreement struggles not to relegate, as it moves away from the bottom runners-up by an orphan point.

The agreement, led by its French coach, Patrice Carteron, succeeded in achieving a big victory at the expense of its host Al-Taawoun 4-0, in which it regained balance.

After his sudden loss against Al Fayhaa in a postponed match, Al Hilal quickly returned to the winning streak after defeating Damak 4-2. And he aspires to overcome the obstacle of the agreement to reduce the point difference with the leading federation to six points, before the El Clasico match that brings them together next Sunday, and in light of its outcome, the course of the championship is determined by a large percentage.

Al-Hilal received a double blow before the decisive stages, after the end of the season of its players, Mutaib Al-Mafraj and Colombian Gustavo Cuellar, due to their injuries in the last Damk match.

Medical examinations confirmed that Al-Mufraj had severed the cruciate ligament in the right knee, but Al-Hilal has not yet determined the date of his surgery.

And Al Hilal will throw all its weight in order to win, as any stumble may lose a large percentage of the opportunity to compete for the league.