Al Hilal in conclusion.. One stumble in the last 6 seasons 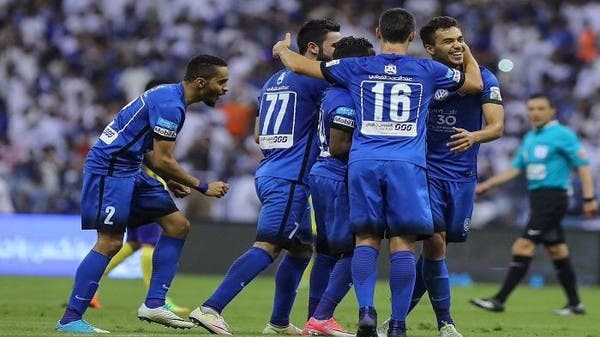 Al-Hilal’s final matches in the Mohammed bin Salman Professional Cup League did not witness another result than the victory of the Al-Asimi team during the last five seasons, and the team’s last stumble was a negative tie with Al-Faisaly at the end of the 2015-2016 season, during which Al-Ahly Jeddah crowned the championship.

Al Hilal’s final match against the same competitor will be repeated at the end of the current season, in the final round competitions on Monday evening at King Fahd International Stadium, and it is enough for Al Hilal to win the match to be declared a champion of the local competition, but any stumbling with the Jeddah Union victory in the Al-Batin match will change the title’s destination from the capital, Riyadh. To Jeddah.

Last season, Al-Hilal defeated Al-Faisaly with three goals to two goals in the last round, scored by Giovinco and Salem Al-Dosari from the penalty spot, and Abdullah Al-Hamdan, against the goals of Guillermi Augusto and Julio Tavarez.

Gomez scored a double against Al Shabab to give Al Hilal the three points in the last round of the 2019-2020 season after winning two goals to one. their cross.

Al-Hilal won the title for the second consecutive season in 2017-2018 after defeating Al-Fateh by four goals to one during the last days of the competition, including Omar Kharbin and the Moroccan fourth scorer, Ashraf Ben Sharqi.

Al-Hilal defeated Al-Nasr by five at the end of the 2016-2017 season, the Syrian Khirbin had the lion’s share of it with a “hat-trick”, in addition to the goals of Carlos Eduardo and Nawaf Al-Abed, and the last stumble of Hilal during the closing weeks against Al-Faisaly was a negative tie in May 2016.