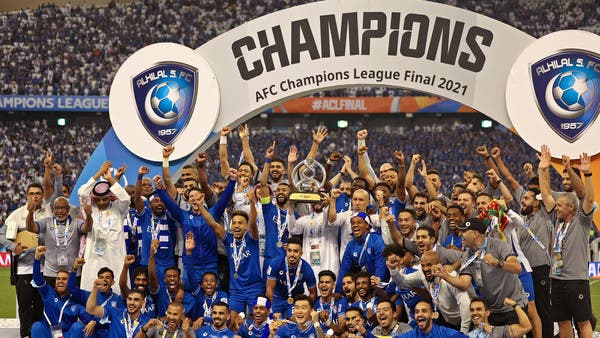 Al Hilal was crowned the AFC Champions League champion for the fourth time in its history, after winning against its guest, Pohang Steelers of South Korea, 2-0, in the confrontation hosted by King Fahd International Stadium in the Saudi capital, Riyadh, in the final of the competition, on Tuesday.

The first half saw an advantage for Al Hilal, who needed only 15 seconds, for Nasser Al Dosari to score the first goal, the fastest goal in the Asian finals, after he hit a powerful ball from outside the penalty area that settled in the Korean net.

Al Hilal continued to dominate, while Pohang relied on counter-attacks, through which he almost snatched the equalizer when his player Sin Jin Ho hit a strong ball from outside the penalty area, but it hit the crossbar to return to his colleague Lim Sang Hyop who completed it, but it found goalkeeper Abdullah Al Mayouf who saved she has.

Al Hilal responded quickly, and its French striker Bafetimbi Gomez had a dangerous opportunity when he received a cross in front of the goal, but he failed to turn it into the net, so that the first half ended with the hosts advancing with a clean goal.

In the second half, Al Hilal continued its advantage and a dangerous opportunity came to its striker Gomez after receiving a pass from his Brazilian teammate Matthews Pereira to hit the ball, but it found the Korean goalkeeper Lee Jun, who saved it.

Al Hilal intensified its search for the second goal and had a dangerous opportunity when its Brazilian player Pereira saved a mistake on the penalty area arc to hit the ball, but it went outside the goal.

And in the 63rd minute, Malian Moussa Marega, Al Hilal striker, scored the second goal for his team after receiving a pass from his French colleague Gomez to face the goal and hit the ball into the net.

Al Hilal continued to dominate and Brazilian player Pereira missed a goal after receiving a pass in front of the goal from his French colleague Gomez to hit the ball, but it reached easily to Korean goalkeeper Lee Jun.

Al Hilal’s attack did not stop, and its French striker Gomez almost made his mark after receiving a pass from his Brazilian teammate Pereira to face the goal and hit the ball, but it went outside the net.

The Pohang team tried to score a goal to reduce the difference after rushing towards the hosts’ areas, which managed to preserve the result, ending the match with Al Hilal winning by a clean double to crown the Asian title.