Al-Hilal seeks to break up the partnership with Al-Nasr .. and Al-Faisaly for the first title 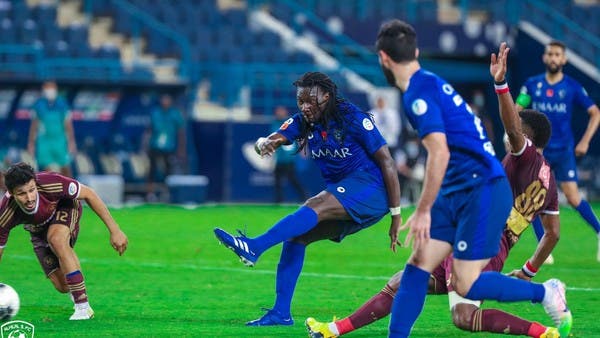 The Super Cup match between Al-Hilal and Al-Faisaly on Thursday at Prince Faisal bin Fahd Stadium is a historic and important match for both teams, as Al-Hilal seeks to break the partnership of the number of titles in the tournament with its neighbor Al-Nasr and become the most awarded cup, while Al-Faisaly seeks to crown its first title in the history of Competition.

Al-Hilal and Al-Nasr are equal in the number of cups for each of them, as the leaders of the two teams have held the cup twice before, while Al-Fateh, Al-Shabab and Al-Ahly have a single title for each of them.

The Saudi Federation decided to launch the Super Cup competition, which brings together the league champion against the King’s Cup champion in 2013.

The first final, which was held in 2013 and hosted by King Abdulaziz City Stadium in Makkah, brought together Al-Fateh, the league champion, and Al-Ittihad Jeddah, the King’s Cup champion, and the first succeeded in crowning the title with a 3-2 victory.

In the second edition in 2014, Al Shabab, the cup champions, succeeded in winning the title when they defeated their neighbor, Al Nasr, the league champion, on penalties, in the confrontation hosted by King Fahd International Stadium in Riyadh.

In 2015, Al Hilal, the cup champion, won its first title when it defeated its arch-rival Al Nasr, the league champion, with a clean goal, in the confrontation hosted by Loftus Road Stadium in the English capital, London.

The following year, the competition witnessed a new champion when Al-Ahly Jeddah, the league champion, won the title after winning the penalty shootout over Al-Hilal, the cup champion, in the match that was also held in the English capital, London.

In 2018, Al Hilal, the league champion, returned and won his second title when he defeated Al Ittihad Jeddah 2-1, in the match that was held at Loftus Road in London.

In 2019, Al-Nasr crowned the league champion with its first title, when it defeated Al-Taawoun, the cup champion, on penalties in the match hosted by King Abdullah Sports City in Jeddah.

In the last edition, Al-Nasr repeated his achievement and crowned his second title after winning against his arch-rivals Al-Hilal by 3-0 in the match hosted by King Fahd International Stadium in the capital, Riyadh.