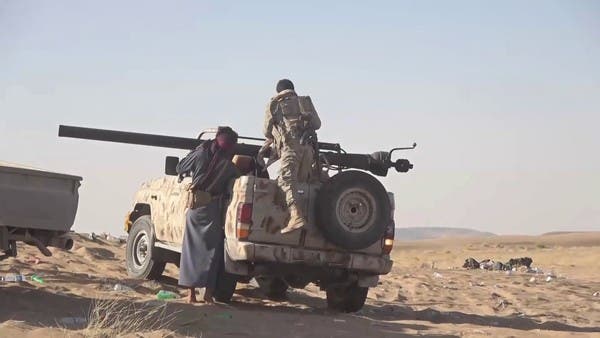 The Houthi militia has officially informed the UN envoy to Yemen, Hans Grundberg, of its rejection of the revised proposal he submitted at the conclusion of the second round of negotiations held in Jordan.

According to the letter sent by the head of the Houthi Negotiations Committee, Yahya al-Razami, to the office of the UN envoy, the militia affirmed its adherence to its unilateral proposal, which it presented before the second round of the Amman negotiations, and its rejection of Grundberg’s proposal.

The Houthi message added that the path proposed by the UN envoy (Asaigra – Softel) needs further study, and that it will be discussed in the next joint meeting.

The militia renewed its unilateral proposal to open roads in two phases. The first phase includes opening the road (Salah-Abaar-Al-Sarmin-Damna-Al-Hawban-Sana’a line), and the Lahj-Aden road (Al-Shiha-Karsh-Al-Rahda-Al-Hawban-Sana’a line), while the stage includes The second, the fifty-sixteenth road, the air defense, the city of light, in exchange for the opening of the other side of the road to Al-Dhalea (Maris – Damt).

He pointed out that after completing the implementation of the previous two phases, the study and discussion will take place between the parties regarding the opening of the rest of the roads in other governorates, stressing in this regard the (Ma’rib-Nakhla-Al-Jawf-Sana’a) road.

The UN envoy had presented a revised proposal to “reopen the roads gradually, including an implementation mechanism and guarantees for the safety of civilian travelers,” according to a statement by the UN envoy at the conclusion of the Amman negotiations.

The statement added that the proposal “calls for the reopening of roads, including a main line, leading to and from Taiz, in addition to roads in other (unspecified) governorates, with the aim of alleviating the suffering of civilians and facilitating the arrival of goods.”

For its part, the government team said that the UN envoy’s proposal includes opening five roads in Taiz governorate and some governorates, including a main road, “providing that a date for opening the rest of the roads will be set in the coming months.”