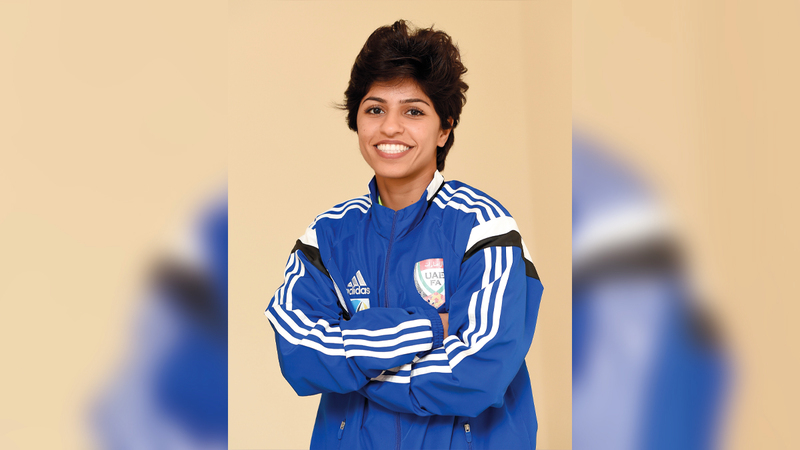 The former UAE women’s soccer player, Jalila Al Nuaimi, who works in the field of coaching, revealed that she is following the 2022 World Cup matches in Qatar with great passion, to the extent that she keeps a ball similar to the World Cup ball in her home, as well as the flags of all 32 teams participating in the tournament, considering Being in the World Cup is the most beautiful thing for a soccer player, pointing out that she enjoys watching the world’s elite teams on television while participating in the tournament, noting that it was the Brazilian national team “samba dancers” that attracted her from her childhood to play soccer and love the game. , stressing that she hopes for the presence of the UAE national team in the next edition of the 2026 World Cup, considering that the “white” is able to qualify for the next World Cup if it is serious.

Al-Jalila told «Emirates Today»: «The World Cup in Qatar proved that there is nothing difficult, but only seriousness that makes the difference, and I imagined if the UAE national team was present in this tournament, and this is a dream for me, especially with the presence of teams in this tournament. For them, football is not the first game, as evidenced by the fact that international teams were defeated by small teams that no one expected to excel.

She added, “I am currently living with passion with the atmosphere of the World Cup, which is being held this time in an Arab country, and I was hoping to see the UAE national team participating in this tournament.”

And Al-Jalila continued, “The most beautiful thing for me is holding the tournament in Qatar, where the wonderful and luxurious organization befits the Gulf. In this tournament, the customs and traditions of the people of the Gulf have been highlighted. It is an unforgettable event for me.

Al-Nuaimi indicated that Qatar attracted attention with the distinguished organization of the event.

It is noteworthy that Al-Jalila previously played in the midfield of the women’s team, and was distinguished by wearing shirt number “7”, which is also worn by the striker of Al-Jazira Club and the national football team, Ali Mabkhout.

And about the team that nominated him to win the 2022 World Cup title, Al-Jalila Al-Nuaimi confirmed that she is nominating the Brazilian national team to win the title, pointing out that the Brazilian national team includes in its ranks elite players, such as Neymar and his comrades, stressing that she was hoping to face Brazil and Argentina in the final match, so that the championship Its weight, but the lottery prevented them from being together in the final match.

Al-Jalila indicated that the Japanese national team won her admiration, because its players are characterized by persistence, and not disregarding the competitors, pointing out that she hopes that the champion of the World Cup in the next edition of 2026 will be an Arab team.

Regarding her opinion on the exit of large teams, such as Germany and Belgium, from the current World Cup, Al Jalila stressed that the German national team exited the tournament in a humiliating way.

Al-Jalila Al-Nuaimi spoke about the participation of the French referee, Stephanie Frappart, as the first referee to officiate a match in the men’s World Cup between Germany and Costa Rica, and confirmed that the French wisdom has proven her strength of character and commitment to bold and courageous decisions, even though she is directing a match for great teams.

And Al Jalila continued: “I raise my hat to the French wisdom, for being the first woman to officiate a match in the World Cup.” Al-Jalila revealed that she went into the field of training, after retiring from playing, and obtained certificates in training.