Al-Jarman: Ajman was harmed by arbitration.. We demand a foreign “fugitive”. 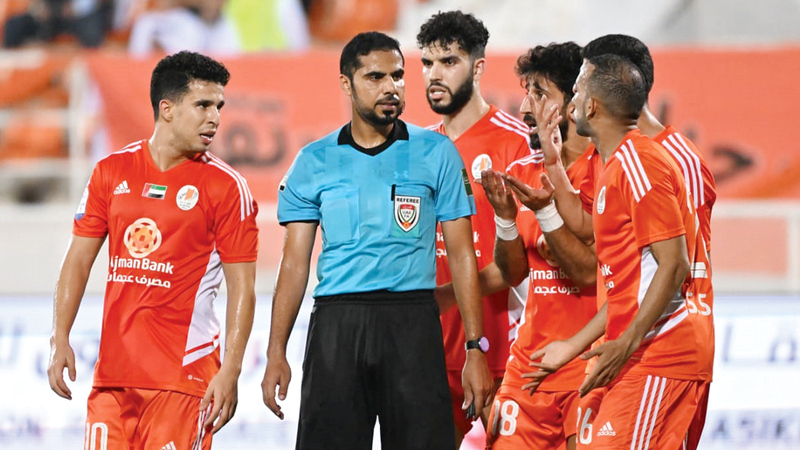 Ajman Club Chairman Khalifa Al Jarman confirmed that his team had been severely damaged by the whistle in all the matches he played in the ADNOC Professional League so far, starting with the Al Ain match through Al Nasr and finally the Sharjah match.

He said in a press statement: “What we know is that the laws indicate that in the event that a player is alone in the goal and is fouled, the player who caused the error is directly exposed to the red card, and this did not happen with us, and the referee was satisfied with showing the yellow card for Sharjah defender Rashid Abdul Rahman when he obstructed Walid Azzaro while he was On the way to the goal.”

Khalifa Al-Jarman was satisfied with presenting his proposal to the media, at the same time rejecting his club’s submission of such proposals to the Football Association, saying: “It is assumed that there is a committee for referees whose main work is to work on solving the problems facing arbitration, and to find solutions through which justice is applied to all without exception. ».