Al Jazeera and Al Ain.. The password is Mabkhout 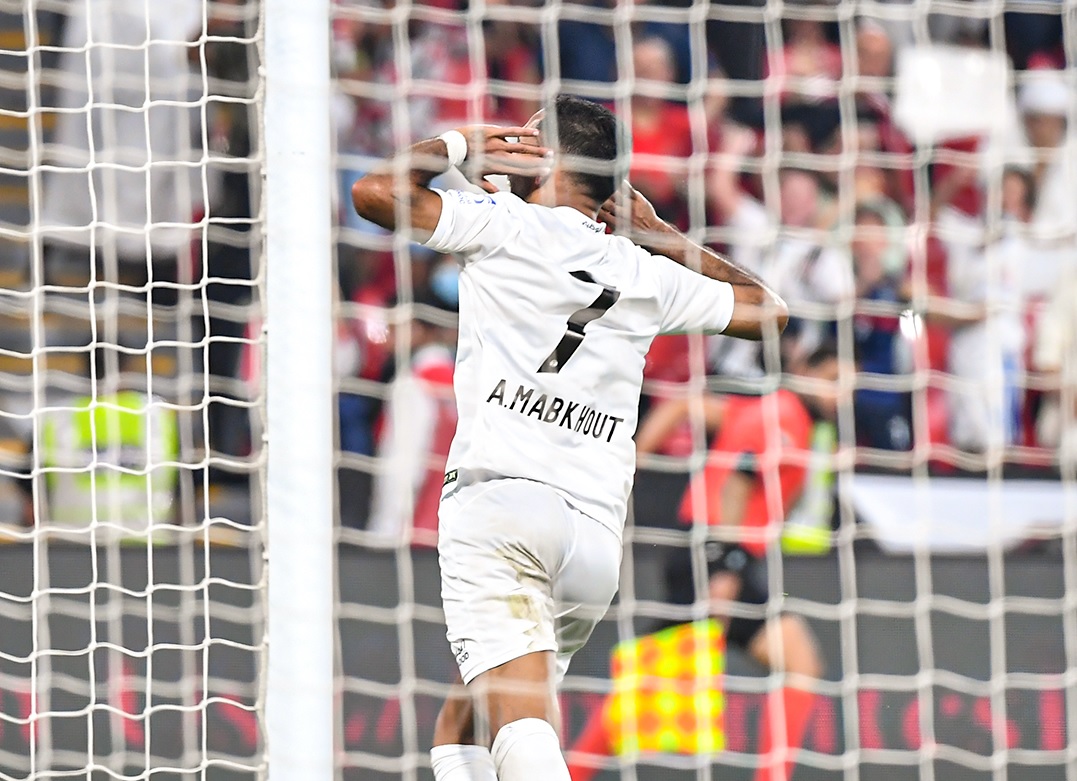 Al-Jazira international striker Ali Mabkhout scored a goal with the “heel” and scored another to give his team a valuable victory over Al-Ain 2-1, Thursday, at Mohammed bin Zayed Stadium in the third round of the ADNOC Professional Football League, to put the “pride of Abu Dhabi” point 9 in his score. Sharing the lead with Sharjah, while the “leader” points, the defending champion, froze at four points.

Ali Mabkhout became the most scored against Al Ain goalkeeper, Khaled Issa throughout history, after reaching the 13th goal, and he also enhanced his historical balance in the competition by reaching the 187th goal.
The owners of the land took advantage of their advantage and cut the bar for the goals of the meeting in the 19th minute by international midfielder Abdullah Ramadan, after a back pass from his colleague Ali Mabkhout, who received it and advanced a little before hitting a powerful left ball that dwelt in the net of goalkeeper Khaled Issa.
And the early goal gave “Pride of Abu Dhabi” a chance for the match to go ahead, but the guests were able to share the performance and return to the atmosphere of the meeting by scoring the equalizing goal in the 39th minute, with Togolese international striker Laba Kodjo heading from the corner ball sent by Ukrainian Andriy Yarmolenko.
The second half started with a clear advantage for the Al Jazira team and quickly took advantage of it to the fullest and scored the goal of the international Ali Mabkhout in the 52nd minute, taking advantage of a common mistake by the Al Ain defense, after which the team imposed more control over the course of the meeting thanks to the correct positioning of its players and the short passes that they exchanged.
The suffering of the guests doubled after international defender Bandar Al-Ahbabi received a direct red card in the 60th minute after a violent intervention against Al-Jazira striker, Moroccan Ashraf Ben Sharqi, approved by the “mouse” TV replay technique, and the match referee Omar Al Ali canceled the equalizing goal scored by Laba Kodjou In the 66th minute for offside.