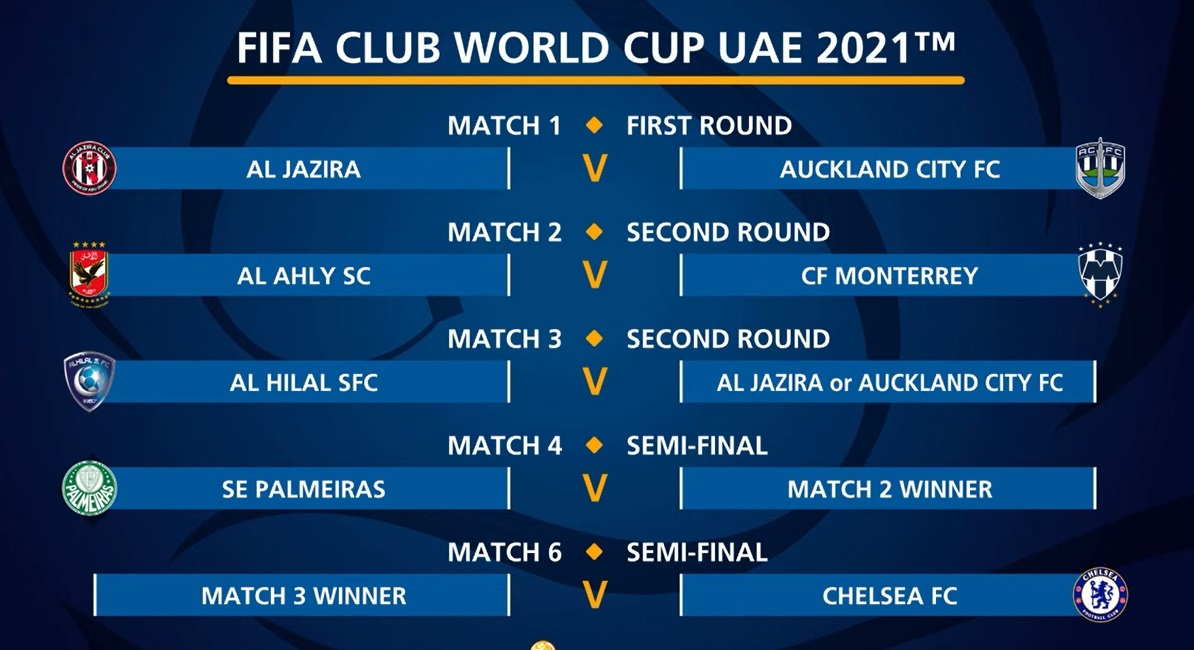 The draw for the Club World Cup (UAE 2021), which was held today, Monday at the headquarters of the International Football Association “FIFA” in Zurich, resulted in the confrontation of the UAE league title holder, Al-Jazira, with Auckland City, New Zealand, representative of Oceania, in the first round, while Al-Ahly of Egypt starts the champion. Africa, and the Saudi Al Hilal, the Asian champion, is in the second league competition, where Al-Ahly will meet Monterrey, the Mexican champion of the CONCACAF Champions League, while Al-Hilal will face the winner of Al-Jazira of the UAE and Auckland City of New Zealand, in the first round.

The tournament will be held from the 3rd to the 12th of February.

It is noteworthy that Bayern Munich won the previous edition of the championship.

The 2021 edition of the Club World Cup will witness the participation of the continental champions, Al Ahly of Egypt, Chelsea of ​​England, Al Hilal of Saudi Arabia, Palmeiras of Brazil, Auckland City of New Zealand and Monterrey of Mexico, in addition to the Emirati Al Jazeera representative of the host country.