Al Jazira is satisfied with Mabkhout’s two goals against Dibba 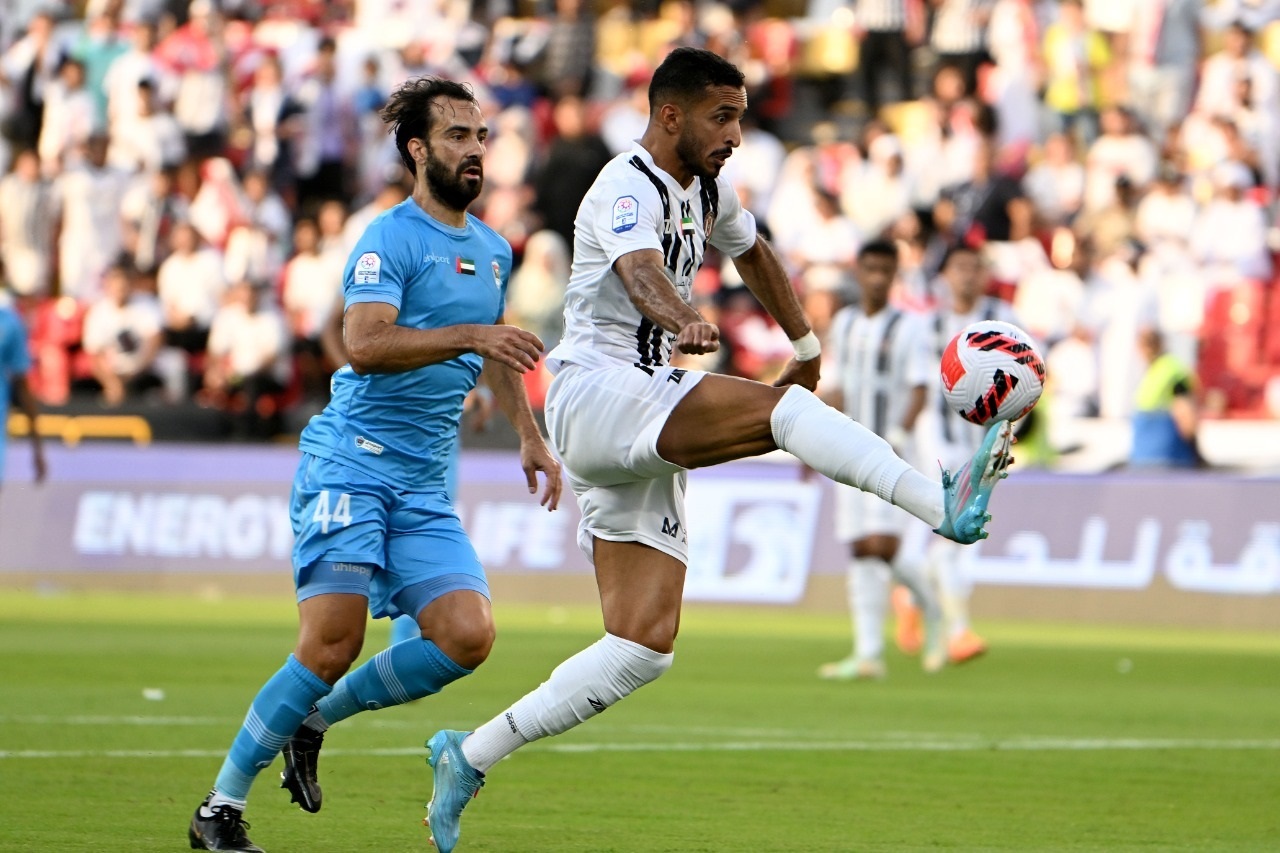 Al Jazira striker Ali Mabkhout led his team to achieve the first victory in the ADNOC Professional Football League at the expense of its guest, Dibba Al Fujairah, newly promoted to the Premier League, by scoring two goals in the match that ended 2-0 in favor of Al Jazira during the meeting that brought them together today, Saturday, at Mohammed bin Zayed Stadium in Abu Dhabi. Within the first round of the league, Al Jazeera puts the first three points in its score, and Dibba remains without a score in this round
Al-Jazira opened the scoring in the match through striker Ali Mabkhout “11”, scoring a beautiful goal, taking advantage of the pass of his Romanian colleague Florin Tanasi, and the player himself added the second goal “27” from a penalty kick awarded by the referee of the meeting Hamad Ali Youssef in favor of the penalty after he used the video referee technology “the mouse”. .
Al Jazeera took the initiative to attack, and the movements of the trio, Ali Mabkhout, Florin Tanassi and Moroccan Ashraf bin Sharqi, posed a great danger to Dibba’s goal.
Al-Jazira started the most active and organized on the field and translated this into the goal of his opponent after he managed to create holes in Dibba’s defense.
Al-Jazira ended the first half with a 2-0 lead, while in the second half it failed to reach the net.
Al-Jazira missed several chances during the two halves of the match, which were enough to increase the team’s goals against Dibba, especially in the first half.
Despite being late in the match, Dibba tried on more than one occasion to reach Al Jazira’s goal and reduce the difference, and Al Jazira goalkeeper Ali Khaseef brilliance in saving his goal from a dangerous goal by Zimbabwean Dibba player Tafadzwa Deliwabo at the end of the first half.