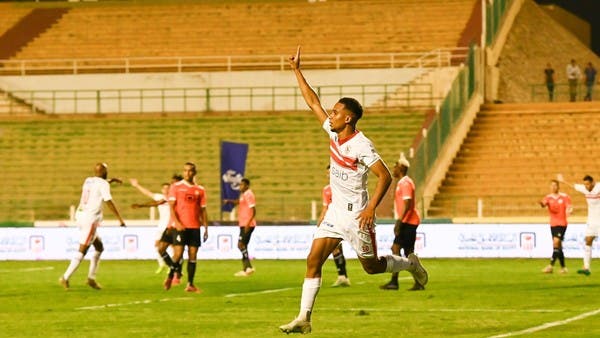 Substitute Seif El-Din El-Jaziri scored two goals to lead Zamalek to turn their deficit into a 2-1 victory over Al-Ahly Bank and hold on to the top of the Egyptian Premier League football on Wednesday.

Al-Jaziri returned to participate after an absence for several weeks and equalized with a powerful shot on the edge of the penalty area in the 72nd minute, approximately six minutes after he went to the field, to cancel the advance of Al-Ahly Bank from a penalty kick executed by Assem Salah in the 55th minute.

The Tunisian striker continued the pass of the other substitute, Youssef Osama Nabih, after a distinguished individual effort, to hit the empty goal four minutes before the end of the match.

Zamalek, who tied 2-2 with rivals Al-Ahly at the top of the competition on Sunday, raised its score to 48 points from 22 matches, two points ahead of Pyramids, who won 3-0 over Al Sharqiya for Dukhan today.

Al-Ahly, who faces Ghazl El-Mahalla later today, has 41 points from 18 games in third place, and Al-Ahly Bank remains in seventh place and has 30 points.