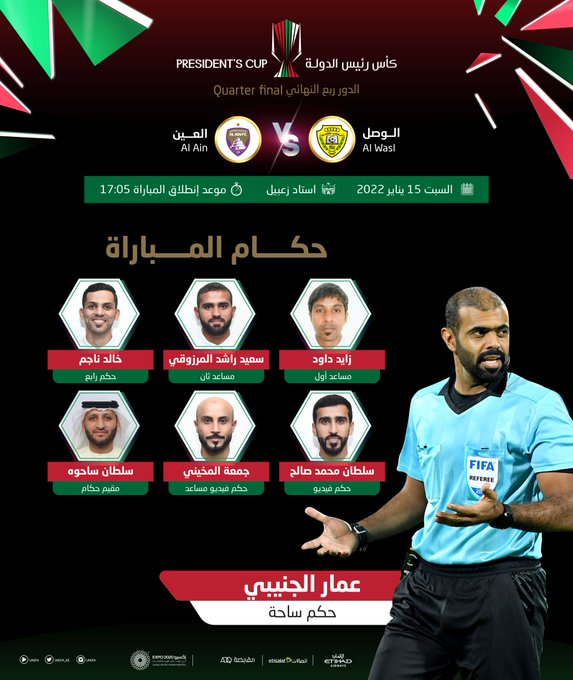 The referees committee of the Emirates Football Association appointed a refereeing team led by international Ammar Al-Junaibi to manage the Al-Wasl match with Al-Ain scheduled for tomorrow at Zabeel Stadium in Al-Wasl Club, within the quarter-finals of the President’s Cup. , Sultan Muhammad Saleh, video referee, Jumaa Al Mukhaini, assistant video referee, and Sultan Sahouh, resident of the referees.