Al-Khalidi is the champion of “8-cylinder gas” .. and Al-Yahya is the star of the “Hilux” in “Tal Moereb” 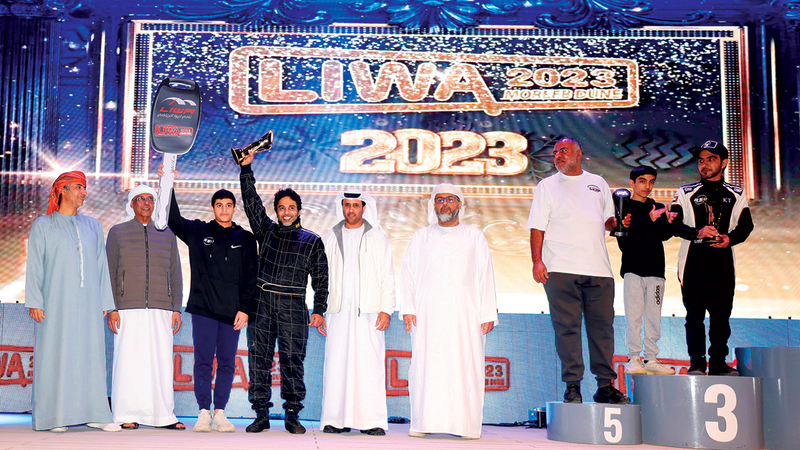 The contestant, Meshaal Al-Khalidi, was crowned in the “8-cylinder gas” category in the Car Championship for the ascent of a moreeb hill, which concluded the day before yesterday, and was held over two days and included seven categories, within the competitions of the Liwa International Festival 2023.

Over the course of the two days, 78 cars participated in seven different categories, and more than 100 attempts were made to climb the hill, with the majority of the participants taking advantage of the opportunity to make two attempts through the challenge.

For his part, Abdullah Butti Al Qubaisi congratulated all the winners and participants in the car championship for climbing the hill, praising their high levels and great efforts in the hill climbing competitions.

He said in press statements: “It was clear that everyone was ready and strong for the sake of competition, and the evidence is the strong numbers that we saw at the finish barrier breaking in more than one category, as well as the absence of any stops on the last day, which ended early.”

16°C is the lowest temperature ever recorded

The night of the motorsports is terrifying.

4.656 seconds is the time achieved in the Hilux category

The owner of the first place Abdulaziz Al-Yahya.