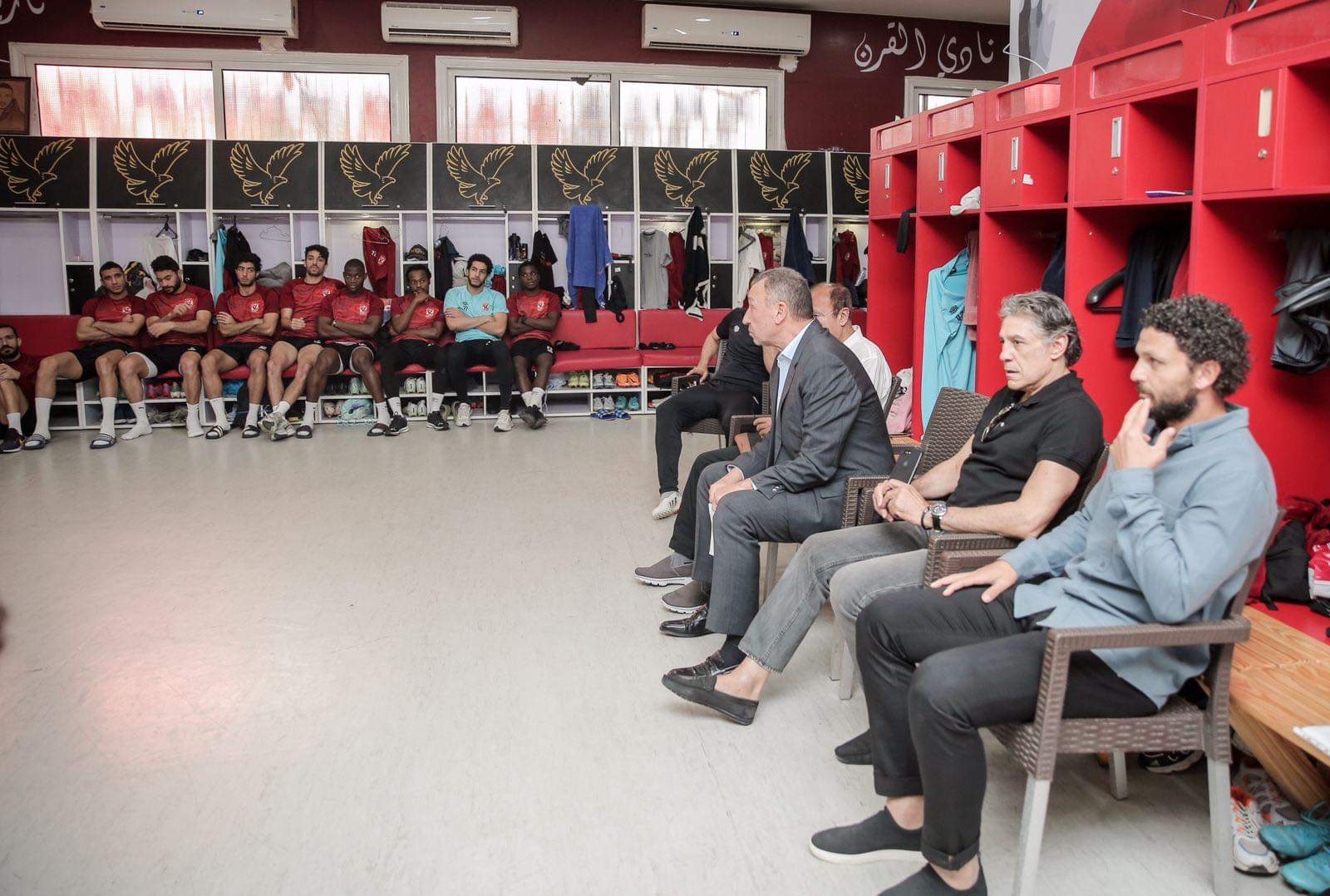 Today, Sunday, Mahmoud Al-Khatib, president of the Egyptian Al-Ahly Football Club, held a meeting with the planning committee, which includes Mohsen Saleh and Zakaria Nassef, in the presence of Hossam Ghaly, a member of the board of directors, and Sayed Abdel Hafeez, the director of football, to discuss the reasons for the sudden decline in the team’s results in the Egyptian League competition.

Al-Ahly’s official website stated that the meeting witnessed all details being discussed with utmost clarity to put the points above the letters, and to restore things to their normal position in order to ensure the team’s progress in the next stage.

The same source added that after the meeting, Al-Khatib, accompanied by Ghali, and the planning committee went to the team’s training, and a meeting was held with the players and the technical staff, and everyone was faced with the shortcomings witnessed in the last matches, and before that the absence of spirit, determination and determination.

Al-Khatib told the players that the coming period cannot bear the repetition of such shortcomings, whatever the justifications, and that everyone in the team system must assume his responsibilities, and that everyone should have the personality of Al-Ahly in everything, and no one is allowed to live on the memories of past tournaments, and that winning a championship Continental does not mean forfeiting the domestic championship.

Al-Khatib added that Al-Ahly plays to win all the tournaments in which it participates, and every official in the club, whatever his role, whether he is a player, coach, administrator or board member, must know this, and work to achieve it.

Al-Khatib added that he did not and will not lose his great confidence in the players and their technical staff, and that the matter is still in their hands, and they are able to correct the situation.

It is noteworthy that Al-Ahly failed to achieve any victory in its last three matches in the African Champions League and the Egyptian League, where it tied with Moroccan Raja in the second leg of the quarter-finals of the African Champions League 1/1, then drew in the Egyptian League with Tala’a El-Jaish negatively, then Ceramica 1/1. To defeat Al-Masry 1-0.