Al-Khelaifi: Real Madrid celebrated the “heroes” for days, and now he wants to kill him 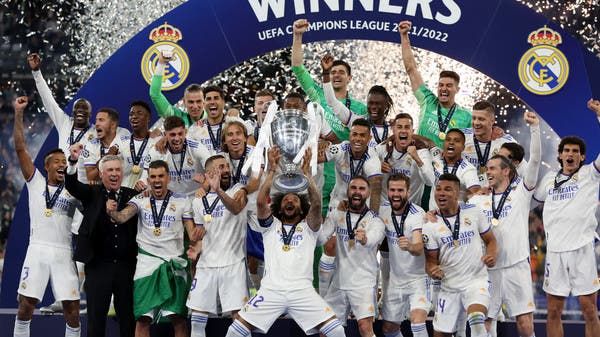 Qatari Nasser Al-Khelaifi, president of Paris Saint-Germain, believes that Real Madrid, one of the founding clubs of the Super League, tried to kill the European Champions League, while celebrating it for days after its victory over Liverpool at the end of last month.

Real Madrid beat Liverpool with the goal of Brazilian Vinicius Junior in the French capital, Paris, to win the Champions League for the 14th time in its history, a year after launching the “Super League” project.

Al-Khelaifi said in a press interview on Wednesday: Real Madrid deserved to win the Champions League, they celebrated it for days and now they want to kill him.

And Real Madrid launched a legal battle with “UEFA” to try to give birth to the launch of the Super League, even though it was buried before it was born with the withdrawal of English clubs.

The case was transferred to the Court of Justice of the European Union, and it is scheduled to hear it on July 11 and 12.