Al-Khelaifi: We did not negotiate with Zidane, and we got rid of the world of “lights” 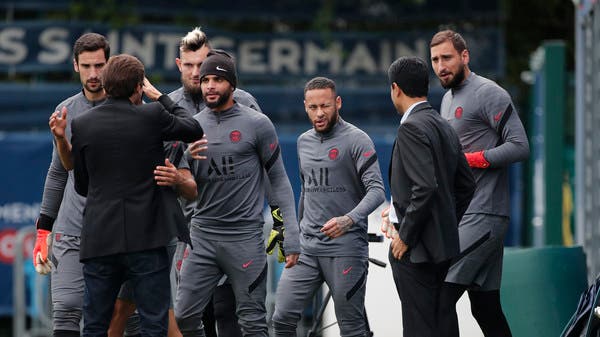 Nasser Al-Khelaifi, president of Paris Germain, the French football champion, revealed that he hopes to reach a “quick agreement” to contract with the current Nice coach Christophe Galtier to replace Argentine Mauricio Pochettino, in an interview with the French newspaper “Le Parisien”, on Tuesday, noting that That his club did not negotiate with coach Zinedine Zidane, and intends to get rid of the world of limelight in his contracts.

Al-Khelaifi stated that he had never discussed with the former Real Madrid coach and French football star Zinedine Zidane to take over the coaching position. Everyone defends their interests.

Al-Khelaifi added that he was “fascinated” by Zidane, the “wonderful player” and the “exceptional coach”: “We never spoke with him, either directly or indirectly, I am the president of Paris Saint-Germain and I never discussed this matter with him.”

And if his arrival in Paris is confirmed, the main task of Galtier (55) will be success in the Champions League, where all his predecessors have failed since 2011, the date of Qatar Sports Investments’ acquisition of the capital club, starting with the Italian Carlo Ancelotti, who was recently crowned the title of the continental competition. The mother is with Real Madrid, and the next Pochettino ends in January 2021, who will not be able to honor his last year in his contract with Saint-Germain, despite his leadership in regaining the local league title that he won the night before last season, led by Galtier in particular.

In an interview, Tuesday, Al-Khelaifi expressed his club’s desire to enter a new turning point and get rid of the burning lights, after contracting with the most prominent international players in imaginary deals, “which is the end of the sparkle.”