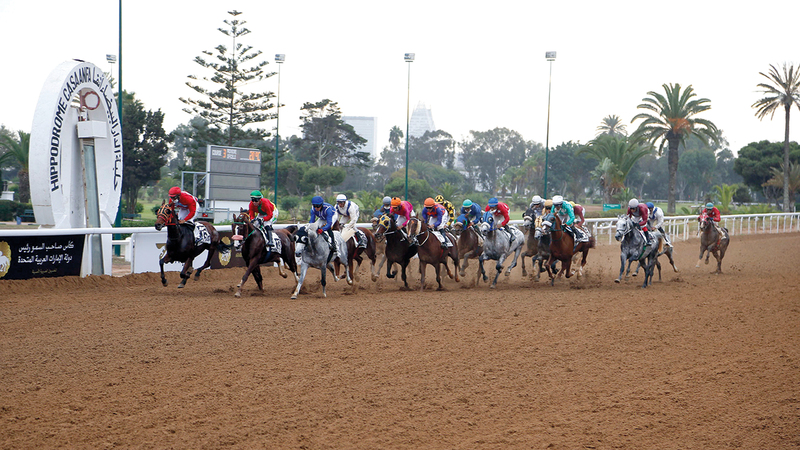 The skilled “Olympic” won the title of the eleventh station of the Cup of His Highness the President of the State for Purebred Arabian Horses, which was held at the Anfa sandy track in Casablanca, the day before yesterday, as part of a series of races of the 28th edition of the Cup, which achieved impressive success in its first Arab stop, after the conclusion of its European tours. and American.

A press release said: “The Olympic filly, descended from (Baddad X Darvina Bint Darwish), and owned by owner and coach Abdullah Bandrawi, and under the leadership of jockey Aziz Bayoud, managed to win the title of the Moroccan leg of the President’s Cup for Arabian horses, which witnessed the participation of 18 horses in the race. Which was held for a distance of 2,100 meters, and is intended for horses of four years of age and above, and the race witnessed an exciting and fierce competition, especially in the last meters, which confirmed the strength and Olympic determination to win the prestigious Cup title.

The champion managed to cross the race distance with a time of 2:24:51 minutes, and Nafisa Green, owned and coached by Jamal Bajo, came in second place, led by Qassem Faddoul, and Nifal Maamoura, owned and trained by Noureddine Bajo, came in third place, under the leadership of Jawad Khayat.