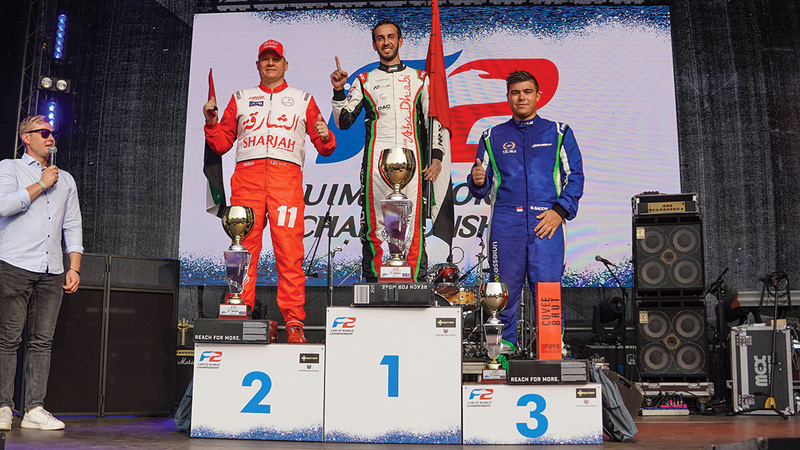 Abu Dhabi boats added a new achievement to UAE sport by winning the second round title in the Formula 2 World Boats World Cup, which was held in the Lithuanian city of Kobeskes. The rising Emirati star Mansour Al Mansouri, captain of the Abu Dhabi 36 boat, continued his impressive start in the championship, and won the second round title to advance to the top of the overall standings of the championship after the first two rounds.

Sheikh Mohammed bin Sultan bin Khalifa Al Nahyan, President of the Emirates Marine Sports Federation and President of the Abu Dhabi Marine Sports Club, dedicated the achievement of the Abu Dhabi team to the wise leadership and to the government and people of the Emirates. Al-Mansoori won the second round title, after he finished the race in 37 minutes, to be his first in his career in the international championships for Formula 2 races, and Al-Mansoori topped the overall ranking of the championship with 35 points.

Al-Mansoori made a good history for himself by winning one of the championship rounds and leading the overall ranking in his second season only with the Abu Dhabi team, especially since this is his fifth race with the Abu Dhabi team. The Sharjah boat, led by Sami Sileo, came second in the round, and the German boat Stefan Hagen came third, while the defending champion Rashid Al Qamzi came fourth on the Abu Dhabi 1 boat. The next round will be held in Ribadoro, Portugal, from September 9 to 11.

Salem Al Rumaithi, Head of the Abu Dhabi Team Mission, congratulated Ahmed Thani Al Rumaithi, Vice Chairman and Managing Director of Abu Dhabi Marine Sports Club. He stressed that Al-Mansoori’s brilliance in this round was well deserved, with the superiority that he presented since the qualifying time and all the way to the main race to top the overall standings with merit.

The second round in Lithuania witnessed the participation of 19 boats competing on a race track of 1660 meters in length.

• 19 boats participated in the second round of the Formula 2 World Championship, and Al Mansouri finished the main race in 37 minutes.