Al-Mansoori: The goalkeeper position in the amateur league heralds an impressive future 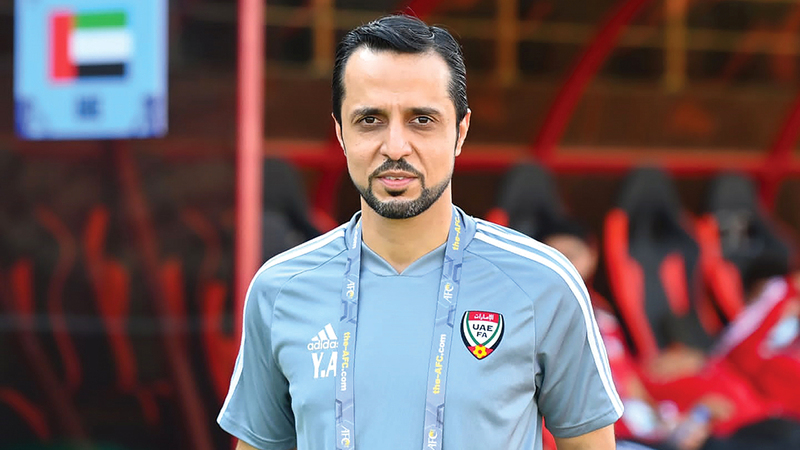 The coach of the Olympic team goalkeepers, Youssef Al-Mansoori, said that the technical return provided by the goalkeepers last season to the first division heralds an impressive future in the coming years, stressing that he does not rule out the emergence of more than one talented goalkeeper who can join the national teams in the next five years.

Al-Mansouri told “Emirates Today”: “The recent competitions revealed that the goalkeeping center is on the cusp of a distinct stage of maturity, and in what contributes to serving the national teams,” expressing his pleasure at the level presented by more than one talented goalkeeper awaiting a future, and in the face of them the goalkeeper of Al Arabi Club Saud Al Hosani, and Fujairah goalkeeper Abdullah Salem. He also praised the technical level provided by the experienced goalkeepers, Muhammad Salem Al-Ruwaihi and Ayoub Omar, which contributed to raising the level of competition to a distinguished level. He indicated that the league missed the efforts of goalkeeper Mansour Ghuloom Al Balushi, who was injured at the beginning, wishing him and other players a recovery and a return to the stadiums.

He added: “Increasing the number of clubs that participated in the first division contributed to moving the reserve bench effectively, so that more than one goalkeeper would have the opportunity to participate, which was missing in the past, and it is very important to activate the secondment of guards from professional clubs to play in the first division, In order to increase the experience,” he called on young goalkeepers to benefit from goalkeepers who have a long career in the stadiums, describing this as very important.

He concluded, “I liked the lack of mistakes committed by the goalkeepers in many matches.”