No Result
View All Result
Latest News
27% reservation for OBCs in medical courses: 10% reservation for the economically backward: Federal Government announcement 29/07/2021
A batch of beef weighing 4 tons was not allowed through the border near Pskov 29/07/2021
Without Bolt.. the 100m race is unpredictable 29/07/2021
What do girls do on the beach at midnight ?: Goa CM slips his mouth 29/07/2021
This is why the Turkish government may pay 1 billion euros 29/07/2021
Next
Prev
Home Sports 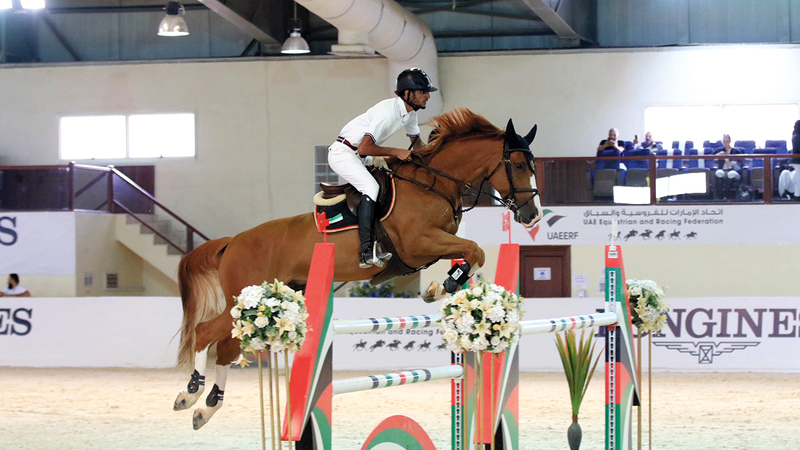 
Jockey Humaid Al Muhairi, on the “Dubai Du Fa” horse from Al Shira’a Stables, won the most important showjumping runs in the second week of the summer program, organized by the Equestrian Federation in air-conditioned covered halls, sponsored by the Abu Dhabi Sports Council, and Longines, the sponsor of the Emirates Show Jumping League, Longines. .

Al-Muhairi’s victory came after his brilliance in the open half with the specifications of one round with a round of differentiation, and Muhammad Al-Rumaithi with the mare “Karamba” came second, and Hisham Gharib with the horse “Eloy” from the Sharjah Equestrian Club third.

The Egyptian Football Association decides to postpone the League and Cup

Dharmasthali with tens of crores for Acharya .. Mega plan for Lucifer!

In Paris, a criminal stole jewelry worth € 2 million from a jewelry boutique

Daniela Darcourt celebrated her appearance in Times Square: “Someone wake me up”

Maguyi is the champion of the Al Wathba Cup in France

Thoughtful Gift Ideas For Your Daughter-In-Law