Al-Nasr, Al-Jazira and Al-Wasl are the same to settle qualification in the Abu Dhabi Islamic Bank Cup 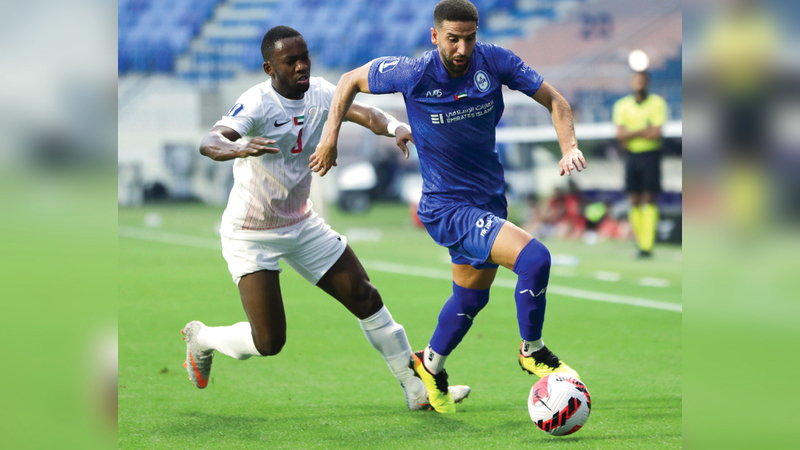 Al-Nasr, Al-Jazira and Al-Wasl clubs are in confrontations of varying strength today, in the second leg of the first round of the Abu Dhabi Islamic Bank Football Cup, based on the results they achieved in the first leg in mid-October. The three clubs hope to avoid any surprises in order to qualify for the quarter-finals to join Al Ain and Shabab Al Ahly, who qualified directly for the quarter-finals, as the champions and runners-up of the last edition.

In the first confrontation, Al-Nasr will be a heavy guest on Al-Bataeh at 4:45 pm at Saqr bin Muhammad Al-Qasimi Stadium in Khorfakkan, and the “Brigadier” won the first leg with two clean goals, but he realizes that that victory will not be enough, especially in light of the desire of the owners of the land to Achieving the qualification card, after the team regained its balance in the league competition.

In the second confrontation, Al Jazira will receive Dibba at 4:45 pm at the Mohammed bin Zayed Stadium in Abu Dhabi, in a meeting in which the owners of the land fear surprises, as the team achieved an unreasonable victory in going away with a free goal, which makes the match open to all possibilities.

For their part, the guests realize that qualification will be an opportunity to correct the course, sympathizing with the negative results that the team has been achieving, according to which the ADNOC Professional League standings are bottomed by one point, but the team will be required at the same time to beware of the star-studded hosts’ attack. And in the evening match at 7:30 at Zabeel Stadium in Dubai, Al Wasl seeks to confirm its advantage over Khorfakkan, which it defeated in its home stadium 3-2, but despite that, the victory is not comfortable, which makes the confrontation exciting for the followers, especially since the two teams’ nets were shaken in the match. The first five times.

The first round matches will be completed tomorrow evening with Kalba and Al Wahda, Al Dhafra and Ajman, Sharjah and Bani Yas.