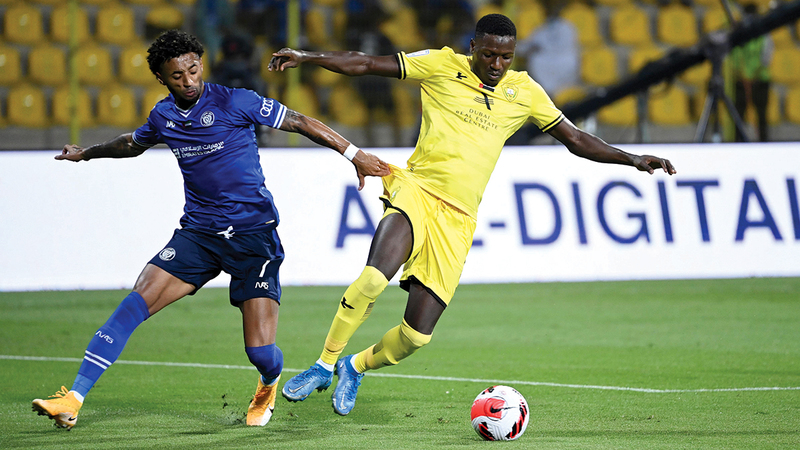 Today, Al-Nasr and Al-Wasl teams are looking for victory in the match between the two teams at Al Maktoum Stadium, in the 22nd round of the ADNOC Professional League, at 20:45 pm, a match that constituted a special kind of struggle, and a match that had its accounts in the The historic Bur Dubai derby, which will be absent from excitement, today, due to the two teams’ position in the standings table, and their distance from competing for any title from the current season’s tournaments, in addition to presenting a series of negative results, especially the victory team. Al-Nasr won 2-1 in the first round match, and Al-Nasr is in ninth place with 26 points, while Al-Wasl is in sixth place with 29 points.

Al-Nassr, the owner of the land in today’s match, had tied in the last match against Ittihad Kalba, to fail to achieve the three points, while Al-Wasl succeeded in achieving an easy victory over the Emirates team with three clean goals, to surpass Al-Nassr in the standings, and approached Al-Ahly Youth, who are fifth in the standings table. .

Al-Wasl is considered the closest to achieving a positive result, today, especially in view of the poor defensive state of Al-Nassr, which has conceded 30 goals so far, while Al-Wasl has received 21 goals, an average of one goal per match, and the fans of both teams were preparing for this match in particular through preparations inside The stadium, or the mass campaigns on the social networking site, but certainly this did not happen much before today’s match, due to the anger of the fans, especially the Nasra, with the results of their team this season.

Al-Wasl aims, after a series of positive results at the level of the age sector teams, to prepare well for the next season, after four teams succeeded in obtaining the championships for the age groups, which means that there is a distinguished base of players in the sector, in addition to the fact that the team’s position may be Better than victory, especially at the level of foreign players.

The loss of the player Lima, due to the strong injury he suffered, and his departure from the team in the remaining matches, constitutes a strong blow to the technical staff of the team, which is now looking for a suitable formation for the next season, especially with the brilliance of the player Ali Saleh, and the presence of a distinguished number of emerging players.

The victory in the Al-Nasr and Al-Wasl derby is considered a championship in itself by a large number of fans of the two teams, because the match has a great history that brings the two teams together since the start of the league championship, but in the past two seasons, the match did not appear distinctly, especially with the absence of the audience, and the two teams moved away from competition in League Championship.

• Winning the Al-Nasr and Al-Wasl derby is considered a championship in itself by a large number of fans of both teams.

• Only 3 points separate the two teams in the Arab Gulf League standings.