Al-Nasr faces Foulad in search of compensation and the lead 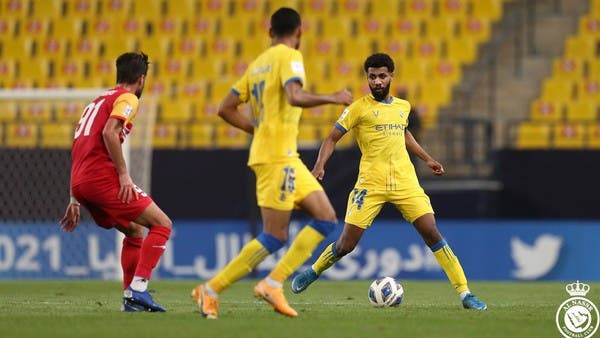 Al-Nassr seeks to compensate when it meets its Iranian counterpart Khostan steel at the Marsool Park Stadium in the capital, Riyadh, while Al-Sadd aspires to continue its victories when it meets Al-Sadd Qatar, in the fourth stage of the fourth group of the AFC Champions League competitions, on Friday.

And at the Marsool Park stadium in the Saudi capital, Riyadh, victory seeks compensation when it encounters an Iranian counterpart, Fouladh.

Al-Nassr missed the opportunity to move away from the top after it settled in a 1-1 positive draw against Fouladh in the previous stage.

Al-Nasr hopes to present a level different from what he did in the first round, where he achieved a lonely victory over the dam and tied against the Jordanian units and Iranian fouls.

And the chance for victory will be, if he wins, to move away from the top and get close to qualifying, whether as the first group first and at least as the best second.

And at King Fahd International Stadium, the Qatari Al-Sadd aspires to continue its victories and put pressure on the group leaders Al-Nasr and Fouladh, when it confronts the Jordanian units.

Al-Sadd succeeded in achieving its first victory in the AFC Champions League this season when it defeated Al-Wehdat 3-1 last Tuesday.

While the Jordanian unit is looking to achieve its first victory in its history in the group stage, which it qualified for the first time this season, in addition to keeping its chances of qualifying, especially since the loss would mean its official exit from the competition.

Al-Nasr tops the group standings with 5 points, with a goal difference from Iranian Fouladh, and Qatar’s Al-Sadd occupies third place with 4 points, while Al-Wehdat sits at the bottom of the standings with one point.