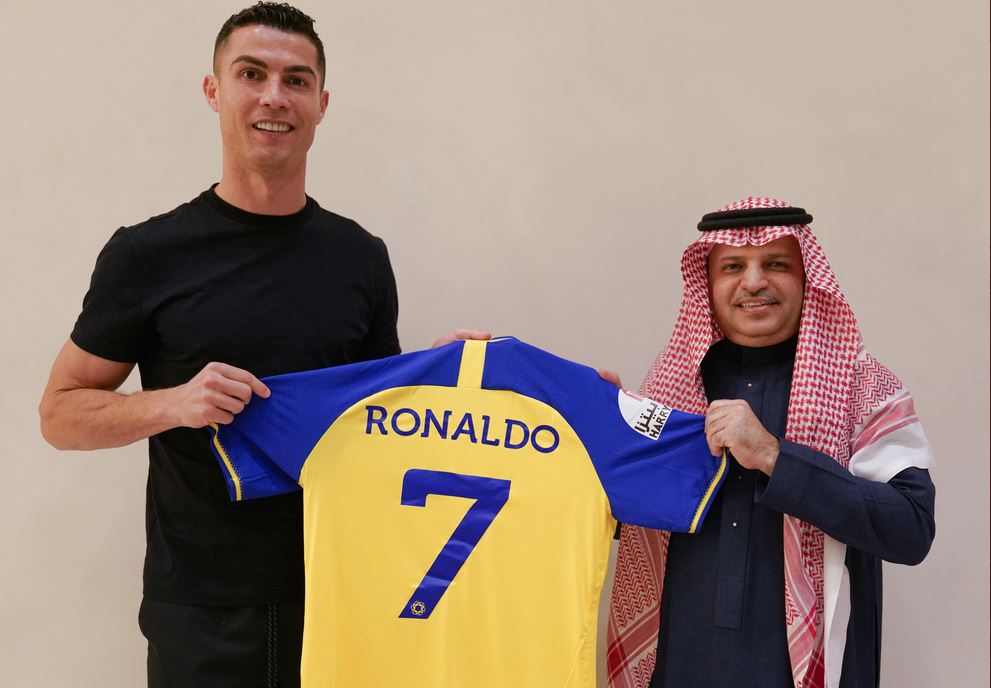 Al-Hilal squandered a 2-0 lead to impose a 2-2 draw on it with a stoppage-time goal, while Al-Nassr rose to the top of the Saudi Professional Football League with a 1-0 victory over Al-Khaleej, a day after signing Cristiano Ronaldo. And after a 2-2 draw with Al-Nassr at the top of the last round, Al-Hilal, the defending champion, tied with the same result today, to be in fifth place, four points behind the summit. And it seemed that the Asian champion was on his way to victory after taking the lead with goals from Odion Ighalo and Luciano Vietto in the 38th and 51st minutes.

Nigerian Ighalo opened the scoring with a close-range shot, then hit a ball that bounced off the goalkeeper and Argentine Vito followed it into the net early in the second half.
But Abd al-Ilah al-Shammari narrowed the difference to the sixth-place finisher after a counterattack in the 75th minute, then Abd al-Aziz al-Sarhani snatched the equalizing point after a mistake by goalkeeper Abdullah al-Mayouf in the first minute of stoppage time.

Al-Nassr needed an early goal by Cameroonian Vincent Abu Bakr with a header, to defeat Al-Khaleej, which was in the penultimate position. Al-Nasr, which has become the talk of the world in the past hours by contracting with Portuguese legend Cristiano Ronaldo in a huge deal, has 26 points from 11 matches, one point ahead of Al-Shabab and two points over Al-Ittihad, and they have a match left. Abu Bakr was injured, so coach Rudi Garcia’s team will want Ronaldo to join quickly. Garcia said, “Ronaldo’s arrival in the Saudi League is miraculous. It is a strong deal, and we are waiting for his arrival to adapt to us and prepare for matches.” Al-Taawoun advanced to third place, three points behind the summit, with a difficult 3-2 victory over Al-Raed earlier today.