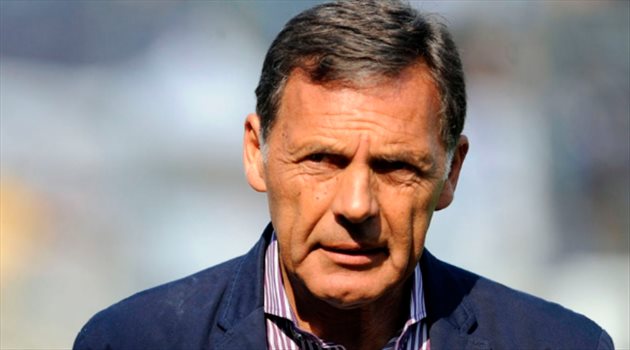 The Saudi Al-Nasr administration announced on Sunday the signing of Argentine coach Miguel Angel Rosso, who was sacked in August from his duties at Boca Juniors, with a contract until the end of the season.
Al-Nasr said on his Twitter account, “Al-Nasr club management signed an agreement with the Argentine coach, Miguel Angel Rosso, to train the first football team until the end of the current season.”
Al-Nasr continued, “Miguel Rosso had achieved, in his last training station with Argentine Boca Juniors, the two league titles in a row for the 2019 and 2020 seasons… He also achieved the Colombian League with Millionaire Club in the 2017 season and then the Super Cup in 2018, in addition to achieving a number of other achievements. The most important of them: the Argentine League Championship with Velez Sarsfield, and the Libertadores Cup with Boca Juniors.
Miguel Rosso became Al-Nassr’s third coach this season after the Brazilian Mano Menezes and the Portuguese Pedro Emmanuel, who was sacked on the tenth of November and took over temporarily as his successor, the Brazilian Marcelo Salazar.
The Portuguese supervised the team in only five matches, two in the AFC Champions League and three matches in the league, during which he achieved only one victory over the Emirati Al Wahda, before losing in the Asian semi-final against Al Hilal, and then against Al Ettifaq and Al Shabab in the league versus a draw against Al Fayha .