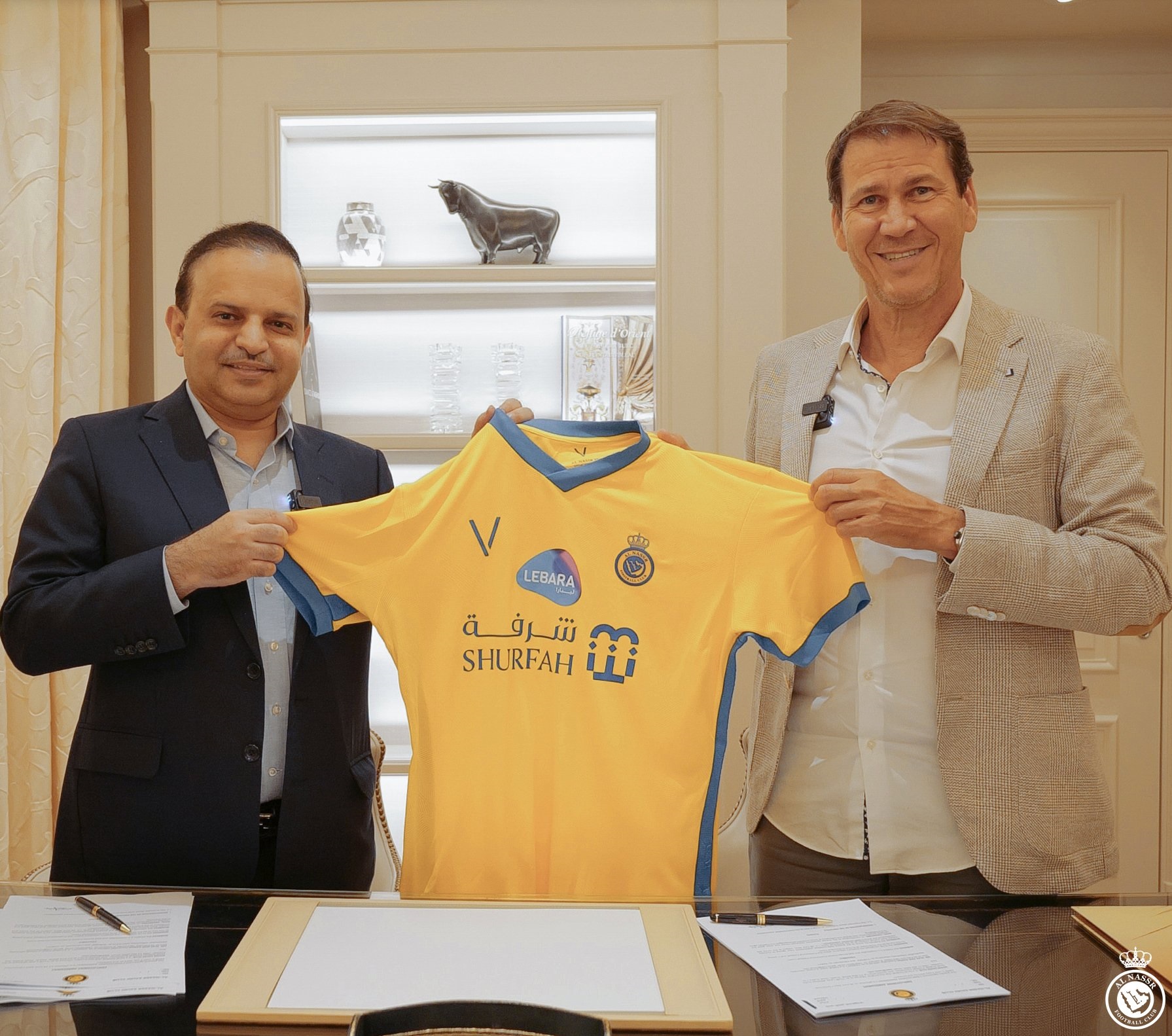 Al-Nasr Saudi Club announced today, Wednesday, its official contract with Frenchman Rudi Garcia to take over the position of coach for the first football team.

Al-Nasr said through his official account on the social networking site “Twitter” early this morning: “Officially, the Chairman of the Al-Nasr Club, Mr. Musli Al Muammar, signed a contract with French coach Rudi Garcia to train the first football team. We wish him success with the world .”

The club published more than one picture of the French coach, Musli Al Muammar, during the signing of the contract.

For his part, Musli Al Muammar said through his official account on Twitter: “The first steps to prepare for the next season is to contract with the coach. It was long and arduous negotiations, but the obstacles and difficulties go away with the presence of the symbol Khalid,” with the publication of a picture of Prince Khaled bin Fahd, who supports the club.

Al Muammar added: “Garcia will be in Riyadh next week, to complete the preparations and study the team’s situation, and we ask God for success.”