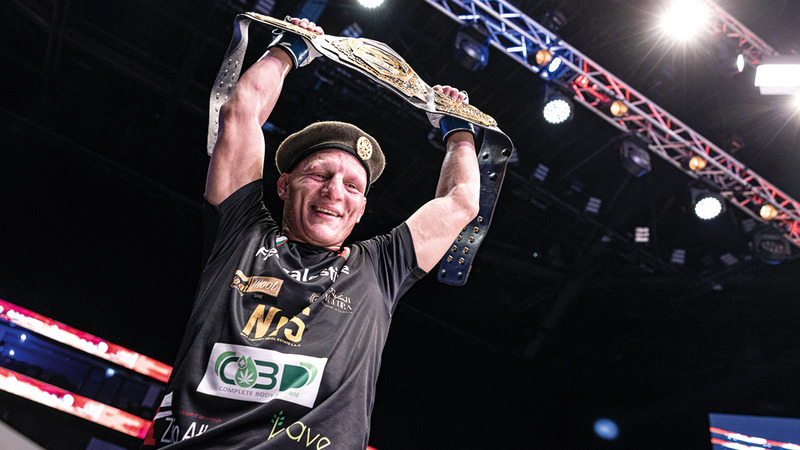 Jordanian champion Ali Al-Qaisi forced his Canadian rival Jesse Arnett to surrender since the third round out of five rounds, to be crowned the featherweight title in the “UAE Warriors” Championship in its 33rd edition, which was held yesterday evening at the Etihad Arena in Abu Dhabi.

Ali Al-Qaisi fulfilled the promise he had made to the fans to return the debt to his Canadian competitor, who had won over him in the last edition by the decision of the referees after sustaining an injury during the fight. Only three rounds.

The head of the Jiu-Jitsu Federation, Abdel-Moneim Al-Hashemi, crowned the hero Ali Al-Qaisi and the rest of the other heroes.