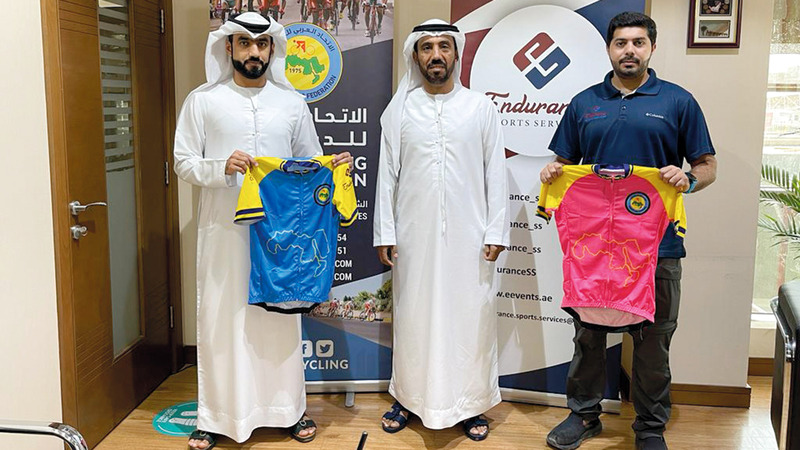 The Secretary-General of the Arab Cycling Federation, Counselor Ismail Salem Al-Hosani, confirmed, in press statements, that the agreement comes out of faith in the importance of community partnerships and his keenness to serve the sport of cycling and Arab riders, noting that the issuance of the new version of the Arab Cycling Union shirt dedicated to Arab champions was launched under the auspices of Sheikh Faisal bin Humaid Al Qasimi, President of the Arab Cycling Federation, and the General Manager of Al Qudra Company, Mohammed Ahmed Al Kamali, and the Director of Operations in Al Qudra Company Omar Suleiman were present.

During the meeting, they discussed the possibility of expanding the partnership between the two parties by organizing a number of future events and sponsorships for the activities of the Arab Union and its training center.