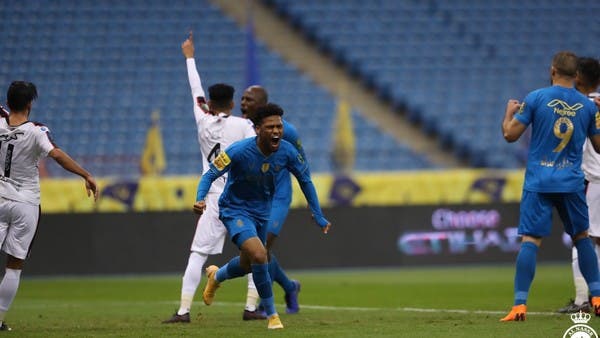 Al-Raed team is scheduled to meet with its guest Al-Nasr on Friday in the Mohammed bin Salman Professional Cup, in a special shirt, to coincide with the club’s digital transformation.

Al-Raed will play with Al-Nasr on Friday in the framework of the twenty-seventh stage of the Saudi League.

Al-Raed club published a picture of the shirt that the team will wear, on its account on the “Twitter” social networking site, on Thursday.

The club wrote in its tweet: Al-Raed team will participate in the upcoming Al-Nasr match in the Saudi League with this special shirt on the occasion of achieving the club’s digital transformation, which comes within the goals and vision of His Highness the Crown Prince (2030) and in fulfillment of the requirements of the Ministry of Sports in developing sports clubs in the Kingdom of Saudi Arabia.

It is noteworthy that Al-Raed is currently ninth in the Saudi League standings with 30 points, after achieving 8 victories, 6 draws and receiving 12 losses, while Al-Nasr is in third place with 51 points.

Friday will witness another confrontation in the league competitions, when Al-Fayhaa meets the Damak team