Al Shabab fall into a tie against Abha 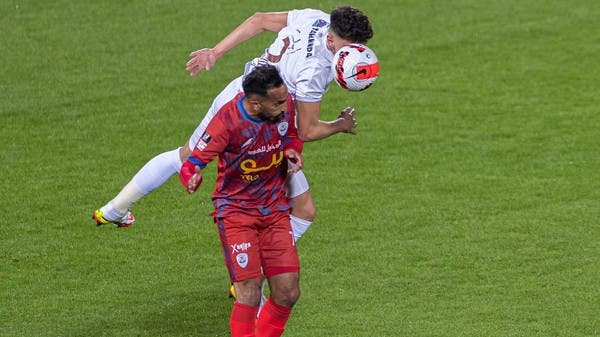 Abha stopped the series of victories of its young host after their 1-1 draw, in the confrontation hosted by Prince Faisal bin Fahd Stadium, while Al-Raed regained the tone of victories after winning against its host Al-Fateh 3-2, in the 16th stage of the Mohammed bin Salman Professional Cup.

At Prince Faisal bin Fahd Stadium in the capital, Riyadh, Abha halted the series of victories for its Al Shabab host after their 1-1 draw.

Abha surprised its host by scoring the first goal after 7 minutes, through his player Hassan Al-Qayd, who turned the cross of his colleague Saleh Al-Omari with his foot in the youth net.

Al-Shabab intensified its attempts to return to the match, but it waited until the 58th minute, when its defender Ahmed Sharahili scored the equalizer after turning his Argentine teammate Banega’s cross head into Abha’s net.

With this result, Al-Shabab’s balance rose to 32 points to remain in second place, 3 points behind the leaders Al Ittihad Jeddah, and Abha’s balance increased to 19 points to advance to ninth place.

At Prince Abdullah bin Jalawi City Stadium, Al-Raed regained the tone of victories after his victory against its host Al-Fateh 3-2.

Al Raed performed well in the match, as its Moroccan striker Karim El Berkaoui opened the scoring in the 35th minute through a penalty kick.

In the second half, Al-Fateh managed to return to the game by scoring the equalizer in the 48th minute through Croatian striker Ivan Sentini.

Al-Raed intensified his attack and got a penalty kick in the 77th minute after touching the ball with the hand of Al-Fateh defender Ammar Al-Dhaim, for whom the referee declared the red card, so Moroccan Mohamed Faouzir presented it and put it in the net.

And in the 88th minute, Moroccan Karim El Berkaoui scored the third goal for his team, and in added time, Peruvian Christian Cueva scored the second goal for Al-Fateh, ending the match with a 3-2 victory for the guests.

With this result, Al-Raed’s balance rose to 24 points to remain in sixth place, and Al-Fateh remained on its previous score of 16 points, dropping to 12th place.