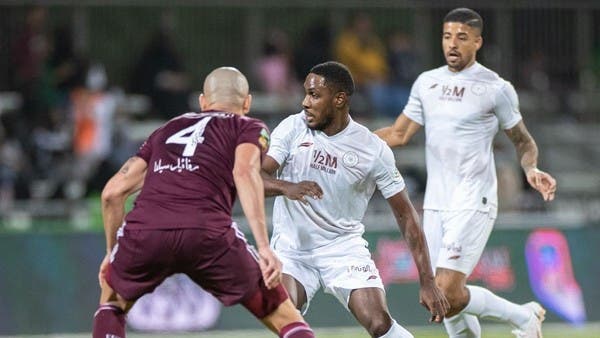 Al-Shabab is looking to regain its balance in the Mohammed bin Salman Professional Cup League when it hosts Al-Faisaly on Thursday, while Al-Taawon and Al-Batin face off in search of an escape from relegation to the first division in the 27th round of the competition.

In Riyadh, Al-Shabab is trying to regain the victory absent from the last round after losing to Al-Nasr 4-2 with the aim of reaching the 50th point, as it is currently ranked fourth with 47 points, behind Al-Nasr, who is third with four points.

Al-Faisaly, who qualified for the AFC Champions League final for the first time in its history, is seeking to avoid the risk of relegation, as it has 29 points, 3 points behind Al-Taawon, which is in the 14th place, which is the first to be relegated to the First Division.

The first leg match between the two teams in Majmaah ended in a goalless draw.

Al-Taawoun hosts its direct and equal match with the sub-points in the escape journey from relegation to the first degree, as the two teams have 26 points with the priority of goals in favor of the first.

The winning team will raise its score to 29 points, which means that it is far from the relegation zone, while waiting for the results of other teams looking for the same goal.

Al-Batin won 3-2 in the first leg match that was held at its stadium last November.