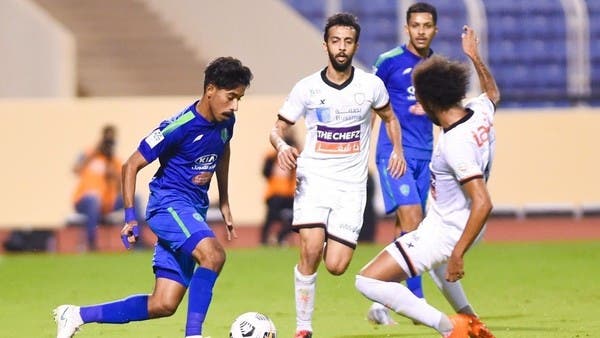 Al-Shabab seeks to stop the series of wasting points and return to the track of victories, when it hosts Al-Fateh at Prince Faisal bin Fahd Stadium in Riyadh, while Al-Ettifaq is looking to restore its balance, when it faces its guest Abha, in the opening of the 18th stage of the Mohammed bin Salman Professional Cup League, on Thursday.

The performance of Al Shabab declined in the last two stages, in which the taste of victories was not known, with a 1-1 draw against its guest, Abha, and its host, Al-Ettifaq, 2-2.

Al Shabab is 5 points away from the leaders Al Ittihad Jeddah after its recent results, as it occupies second place with 33 points, one point behind Al Nasr, the third, and 3 points from Al Hilal, the fourth.

On the other hand, Al-Fateh is looking to restore the tone of victories after its faltering performance in the last 3 stages, where it lost from Al-Nasr and Al-Raed and tied against Al-Fayha, to drop to 12th place with 17 points, two points behind Al-Batin, the penultimate place holder.

This match will be the first for his new coach and expert in the Saudi Greek league, Donis, the former coach of Al Wahda and Al Hilal, who was contracted by the administration to succeed the Belgian coach Yannick Ferreira.

Al-Fateh hopes to repeat the result of the first round, when it defeated Al-Shabab with a clean double for the third stage.

At Prince Mohammed bin Fahd Stadium in Dammam, Al-Ittifaq looks forward to restoring its balance when its guest faces Abha.

Al-Ettifaq suffered in its last four matches, drawing in its last 3 matches and losing to Al-Ittihad Jeddah to remain in the tenth place with 19 points, 4 points behind Al-Batin, the penultimate place holder.

On the other hand, Abha seeks to continue its distinguished performance in its last four matches, with which he did not know the taste of losing.

Abha managed to collect 8 points in its last four matches, as it tied against Al-Fayha and Al-Shabab and defeated Al-Raed and Al-Batin to advance to eighth place with 22 points, away from the danger zones.