Al Shamsi: Alcacer is the most expensive in our league, but he will not steal the spotlight from Lapa 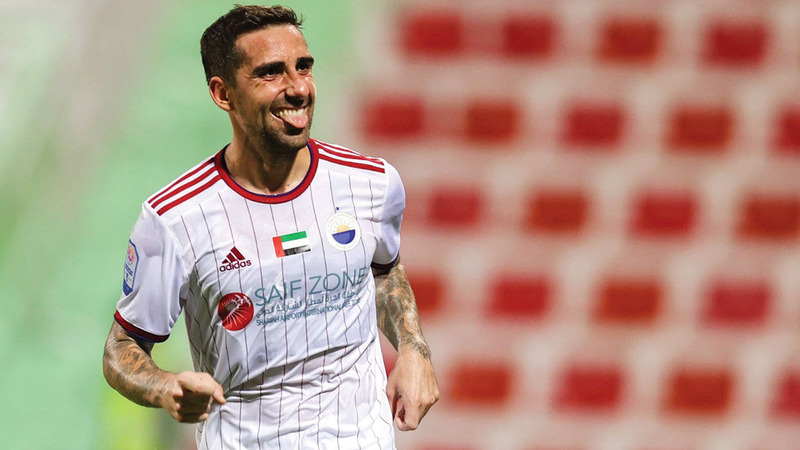 The players’ agent Walid Al Shamsi said that although Sharjah’s Spanish striker Paco Alcacer is the most expensive player in the UAE league and the highest market value of about nine million euros, according to the “Transfer Market” website, which specializes in the players’ market, he will not snatch the spotlight from the Togolese Al Ain player Laba Kodjo. , although the latter has a market value of 5.5 million euros, considering that Al-Jazira striker and the UAE national team, Ali Mabkhout, who has a market value of three million euros, maintained his value as the most expensive Emirati player, stressing that although the Al-Ahly youth player fought Abdullah Suhail, he will be the future star in the ball The Emirati player, and that his financial value will be high, but he will not technically surpass the talent of Al-Wasl player Omar Abdul Rahman.

Walid Al Shamsi told “Emirates Today”: “Although Alcacer is a great player and comes from big clubs, he is not a top scorer in Spain, in addition to being new to the UAE league, while Laba Kudjo is a proven scorer in the UAE league, and as a scoring value, he is a number One in our league and there is no player who can beat him, and if Alcacer snatches the spotlight from Lapa Kodjo technically, he will not outperform him in terms of scoring, as it is enough that Kodjo scored 26 goals last season in the league championship.”

Alcacer scored his first goal with his new team, Sharjah, against Shabab Al-Ahly, and led his team to win the match with two goals against a goal in the first round of the ADNOC Professional League, while Al-Ain player Laba Kudjo, top scorer in the league last season, missed the opening round, while Al-Jazira player Ali Mabkhout led his team. To beat Dibba Al Fujairah by scoring two clean goals.

Al Shamsi continued, “Laba Kudjo is an explicit striker, while Alcacer is not an outright striker, but as a technical value and name, the latter is more likely to be coming from big clubs such as Barcelona and Villarreal, but as an influence, action and value on the field, Kudjo is the best.”

He continued: “Shabab Al-Ahly player Harib Abdullah Suhail is one of the best players in the UAE league. He is a young and young player, and he is currently the best in terms of technical value as a future player from the new generation, but at the same time, no one can compete with the player Omar Abdulrahman as a technical value.” Although he is currently in his last career in the stadiums, considering that Mabkhout is currently the most expensive citizen player in terms of financial value.

Al Shamsi explained: “If Al-Shabab Al-Ahly Club thinks of selling Harib Suhail, its financial value will not be less than 20 to 25 million dirhams, and any club can buy it.”