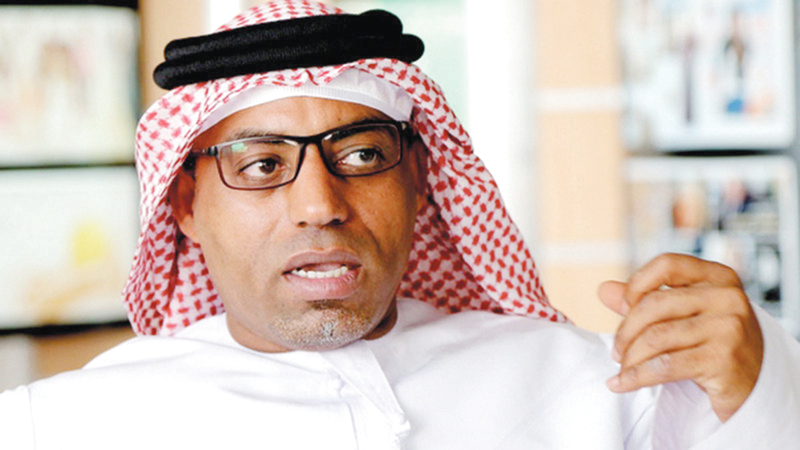 The players’ agent, Walid Al Shamsi, revealed that he “knows and is 100% confident that there are players from the first row in clubs in the ADNOC Professional League – without disclosing them – who receive monthly salaries of up to 250 thousand dirhams, not to mention the monthly salaries they receive from their employers, Most of them work in different jobs.

He said: «There are players who receive (contract introductions) or (annual bonuses) from their clubs, ranging between one and two million dirhams, and some of these bonuses are not included, and are not documented in the official contracts between the player and the club, and are not sent to the Football Association, as they are A special agreement between the player and the club.

Al Shamsi stressed that “because of this matter, the player cannot complain to the club to the Football Association or the Disciplinary Committee, even if he did not abide by this special agreement.”

Al Shamsi told Emirates Today: “There are players from mid-ranking clubs in the league, who receive monthly salaries ranging between 140 and 160 thousand dirhams.”

He added: «It is natural that the market value of UAE league players decreases in the recent period, due to their lack of returns with their clubs, as well as with the national team, which also achieved negative results in the recent period, especially in the Gulf Cup level, and that there are players in the national team who did not achieve the required addition, Because of the increasing reliance of clubs on the resident player.

He explained, “Because of the presence of a good quality of players residing in the local league as well as foreigners, reliance on the citizen player decreased greatly, and his opportunities decreased, which greatly affected the market value of national players in the recent period in general.”

Al Shamsi pointed out that “the price of the product increases when it is scarce and of high quality, and likewise the player’s value increases when there is a lot of demand for him.”

• “Some rewards are not documented in the official contracts between the player and the club, and are not sent to the Football Association.”

• “There are players from mid-ranking clubs in the league, who receive salaries of up to 160,000 dirhams per month.”