Al Shamsi: The Argentine Football Association bears the Shanklay crisis… and Al Wasl has the right to demand compensation 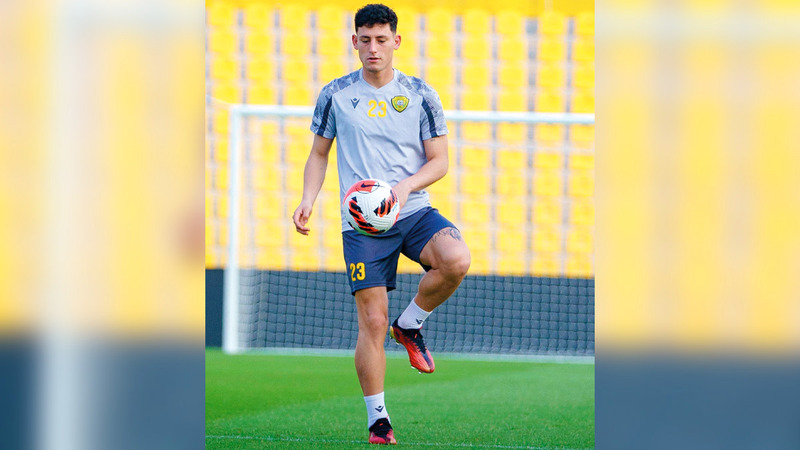 Tomorrow ends the deadline set by the Football Association’s Disciplinary Committee for Al-Wasl Club, to respond to the complaint submitted by Al-Bataeh Club against Al-Wasl for the involvement of Argentine player Thomas Shankly (23 years), transferred to him from the Argentine Racing Club, without completing the suspension sentence imposed on him before His country’s federation suspended three matches by a disciplinary decision, of which he spent only two matches with Racing. Shanclay appeared in the Al Wasl shirt during the Al Bataeh match in the second round of the ADNOC Professional League, which Al Wasl won 2-1.

The head of the former Players Status and Transfers Committee, Dr. Salim Al Shamsi, confirmed that the request of the Disciplinary Committee of Al-Wasl Club to respond to Al-Bataeh’s complaint comes within the framework of several procedures that must be followed in such complaints, including addressing Al-Wasl to provide its justifications, and also the Argentine Football Association, the first concerned in this crisis. , to see if he had notified the UAE Federation of the penalty or not. He told “Emirates Today”: “According to international regulations, when sending the player’s international card to his Emirati counterpart, the Argentine Federation should have notified him of his disciplinary decision issued against Shanclay, to ensure that the suspension penalty continues to be applied in the UAE League, and this procedure that the Disciplinary Committee seeks to ensure from him before making his decision.

He added: “There are parties, in my view, contributing to this administrative error, most notably the player and his agent, as well as Racing Club, as all of them had to inform Al-Wasl that the player is suspended, and he is not entitled to participate until after he passes the full penalty of suspension.” He added: “The regulations of the Football Association regarding the process of registering players are clear that the local club bears full responsibility for the eligibility of the player’s registration in terms of medical, administrative and any other aspects, and therefore Al-Wasl may be the victim in such a case, even if he is not notified. From the four parties (the player, his agent, the club and the Argentine Federation).”

He continued, “There may be hidden matters that we do not know. Al-Wasl will present it in his response to the complaint, including that the Argentine Federation reduced the penalty for the player, for example, and therefore the complaint may be frozen, and this is what the following days will reveal.” Al-Shamsi stressed that Al-Wasl has the right to complain to the Argentine Federation if it is damaged, and Al-Bataeh was awarded the three points, according to the regulations of the International Federation in this regard, and Al-Wasl also has the right to claim compensation.

He said: “The international regulations are explicit, and if the Argentine federation does not notify its UAE counterpart of that penalty, so that Al-Wasl avoids involving Shanclay until the penalty ends, Al-Wasl has the right to complain to the relevant international authorities.” Al-Shamsi ruled out that Al-Wasl had prior knowledge of the penalty, saying: “I do not imagine that a club of the size of Al-Wasl could do such matters, because he knows that this matter may expose him to losing the match 3-0.” Al-Wasl had contracted Shanclay, on loan for one season, and appeared for the first time in the emperor’s shirt in the Al-Bataeh match, but the player was absent from the squad that played the last match against Dibba, without Al-Wasl explaining the reasons for his absence.

• Al-Bataeh submitted a complaint about the illegality of Al-Wasl player Shankly’s participation in the second round match of the league.