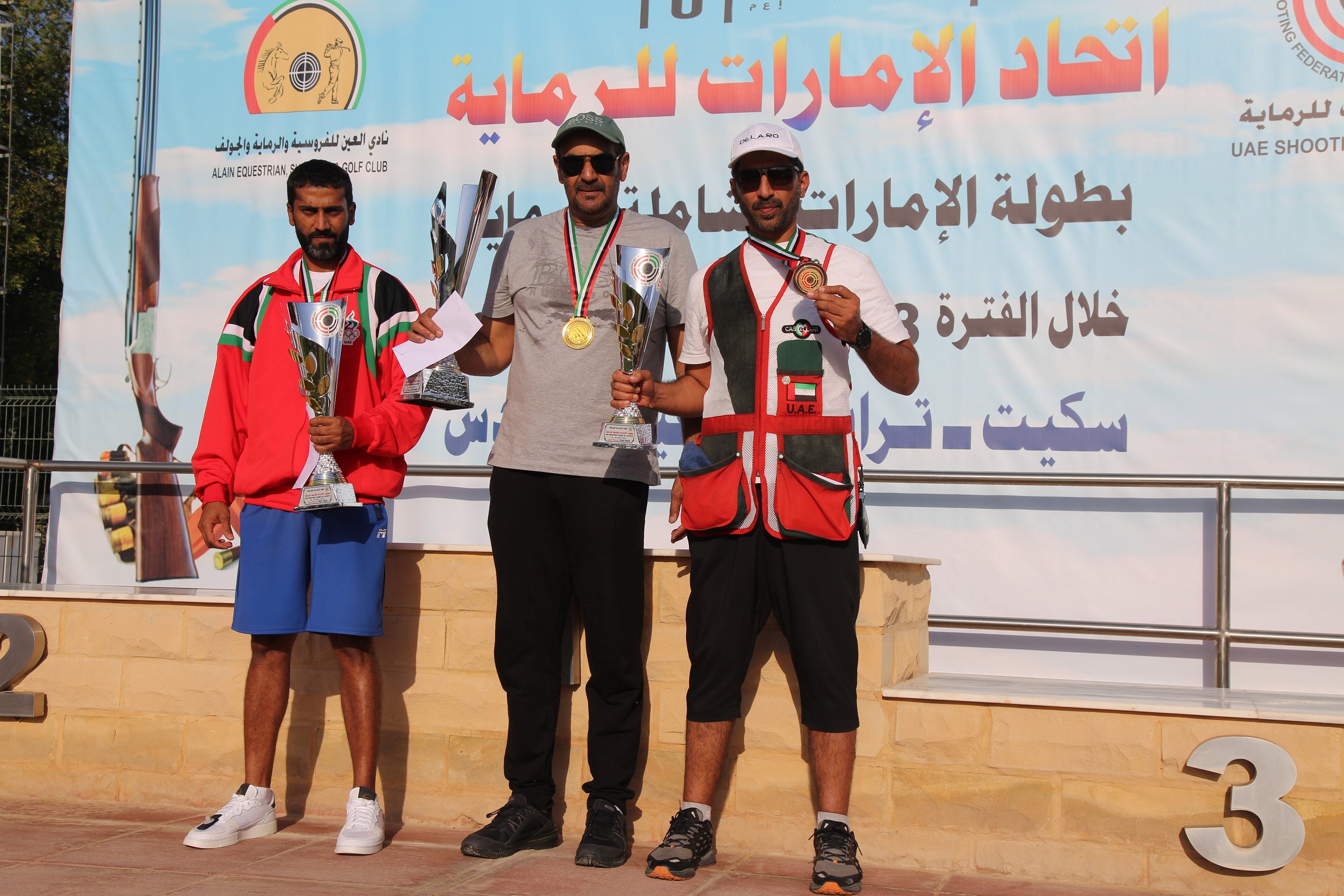 Shooter Saif Al Shamsi achieved the first place and the gold medal in the “dirt” pit shooting championship, as part of the comprehensive Emirates Championship competitions that were held at the Al Ain Equestrian, Shooting and Golf Club fields as part of the shooting federation’s season activity plan.

Olympic shooter Daher Al-Ariani came third and won the bronze medal after he finished fourth in the qualifiers with 108 bowls and achieved 32 bowls in the finals.

The tournament witnessed the participation of Sheikh Mohammed bin Dalmouk Al Maktoum for the first time, who will constitute a new addition to the dirt shooting team in the near future.

It is worth noting that the veteran shooter Omar Al-Warshaw participated after a long absence, while the talented bowler Abdullah Bouhaliba was absent from participation because of his travel outside the country before the tournament.

And the funny thing is that no ram was able to achieve the full mark in the five rounds, ie 25 out of 25 according to a phenomenon that calls for research.

At the junior level, he achieved the first place and deserved the gold medal, the rookie shooter Muhammad Saeed bin Ham collected 84 according to, after a strong competition with the second-place holder and the silver medalist Ahmed Qahtan Al-Nuaimi and achieved 83 according to Ibn Ham confirms his eligibility to compete for the Mohammed bin Rashid Prize for Sports Creativity, and he resolved Ali Fawaz Ali third and won the bronze medal.