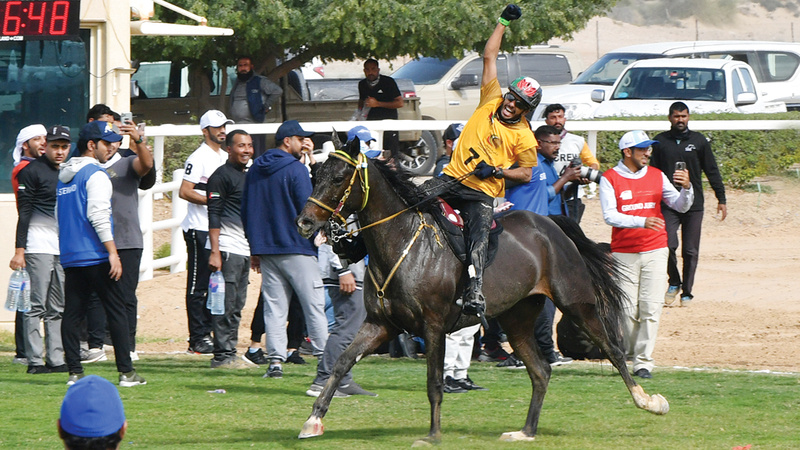 Equestrian Saeed Ahmed Al Shamsi won the Private Stables Cup title at the Dubai Crown Prince Endurance Festival for a distance of 101 km, yesterday, in the Dubai International Endurance City in Seih Al Salam, with the participation of 186 male and female knights from various private stables and equestrian clubs in the country.

In the second stage, for a distance of 25 km, the rider, Suhail Al-Ghailani, advanced from the fifth place to the first, riding the horse “Absolute de Vonperolle”, owned by SM Stables, recording a time of 54:06 minutes, and the rider Saeed Al Shamsi maintained his position in the second place with a time of 54:55. minutes, while the Pakistani rider, Junaid Nazir, slipped from first to third place, with a time of 55:26 minutes.

Hyderabad: How did the stolen notes from the ATM come about?