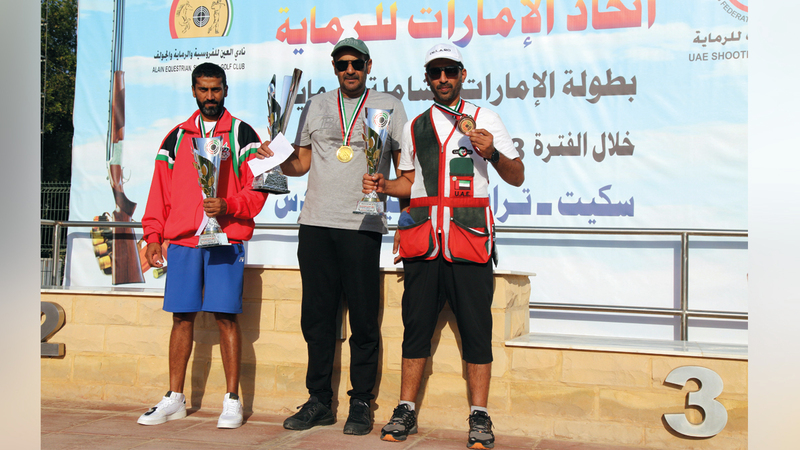 Shooter Saif Al Shamsi won the first place and the gold medal in the pit shooting championship, as part of the comprehensive Emirates Championship competitions that were held at the Al Ain Equestrian, Shooting and Golf Club fields, as part of the shooting federation’s season activity plan.

Olympic shooter Dhaher Al-Ariani came third, and won the bronze medal, after he finished fourth in the qualifiers with 108 bowls, and achieved 32 bowls in the finals.

A press statement said: “Hamad bin Mejren, who topped the qualifying round with 114 layers, came in fifth with 26 bowls, after he showed signs of fatigue, followed by Ahmed Yahya Al Hammadi in sixth place, and he achieved 17 points in the finals.”

The tournament witnessed the participation of Sheikh Mohammed bin Dalmouk Al Maktoum for the first time.

At the junior level, the gold medalist was won by the rookie shooter Muhammad bin Ham, who collected 84 dishes, after a strong competition with the second-placed Ahmed Al-Nuaimi, and Ali Fawaz came third.